Home Entertainment Path of Exile 2 presents its advances in 20 minutes of new... 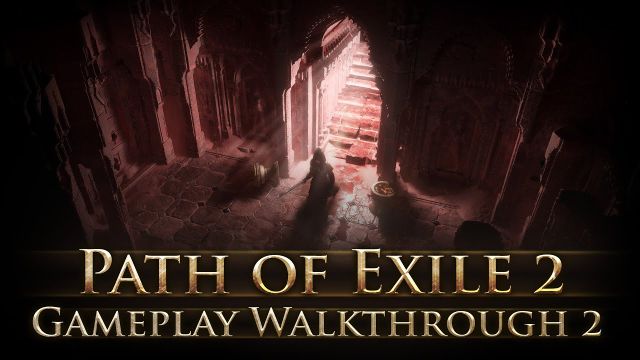 Path of Exile 2: Grinding Gear Games shows a new trailer for the game and new gameplay sequences for Act 2 during a digital event.Grinding Gear Games has carried out a digital event during the early hours of this Friday to show 20 minutes of new Path of Exile 2 gameplay. The New Zealand studio, with the intention of presenting fans with the progress of the long-awaited delivery, have accompanied these sequences with live commentary so that we understand what we are seeing and what new features have been introduced on a strictly mechanical level.

Path of Exile 2 is seen in the second act (there are a total of seven), around Argura. As they explain, a Maraketh caravan lodged in the Vastiri Desert is chasing the caravan of the enemy Faridun tribe. Our goal will be none other than to find the way to unlock the channel-based pass and explore the scenarios.

Path of Exile 2 will have more weapons, better animations and scenery design

In the video we can see new weapons such as crossbows, which have different uses depending on the situation. We also see battles against bosses at the end of the zone and sub-bosses or mini-bosses, who have improved their artificial intelligence and, according to the study, also the animations. Path of Exile 2 will allow you to link each character’s ability up to six times.

Apart from this advance in the form of a video with 20 minutes of new gameplay, Grinding Gear Games has presented a small trailer that you can see as the opening of this news.

For those wondering, Path of Exile 2 has no release date. The game will have a closed beta next year 2022, which does not imply that its version 1.0 will be ready next year. The first time we saw the title was in November 2019; But COVID-19 has put off the team’s plans indefinitely.

On the other hand, Path of Exile: Ultimatum, the new expansion of the original title, will be available on April 16 for PC; on April 21 for PS4 and Xbox One.