Home Entertainment Path of Exile 2 aims to launch around 2024 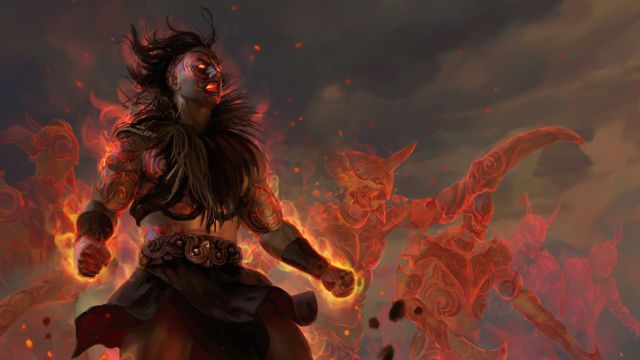 Path of Exile 2: Grinding Gear Games puts the game’s final release three years away, hoping to be able to offer an open beta in a year or two. The development of Patch of Exile 2 is not being at all easy. With a first launch date located at the beginning of 2020, the unfortunate circumstances derived from the pandemic caused by the coronavirus forced it to be delayed until 2022, although unfortunately, that was not the last delay, and now from Grinding Gear Games they point to this sequel of the successful free to play will not arrive until, probably, 2024.

Announced two years ago, Chris Wilson, a member of the study, has placed its launch shortly before 2024, ensuring that they hope to be able to offer an open beta within a year or two. In this way Wilson has to rectify what he said a few months ago, when he did not rule out that Path of Exile 2 would be released in 2022, a possibility that already seems completely impossible.

The pandemic causes a tortuous development

As can be read in The Gamer, Wilson talks about the development of Path of Exile 2 and all the difficulties and challenges that it has entailed during all these months, reiterating that the expected date is that still distant year 2024. In addition, he specifies that At worst, they believe they will be able to offer players a glimpse of the game in the form of an open beta in the summer of 2023.

Wilson insists that the pandemic and its consequences have been the main reasons for the numerous delays, and that the development of the game has been slower than desirable, especially for a New Zealand studio such as Grinding Gear Games, since the oceanic country closed their borders during the pandemic, making it extremely difficult to incorporate new personnel. “We are already in the middle of the production process,” says Wilson at last.

In addition, he specifies that the team has completed about 90% of the first act, and 75% of the second. However, having planned seven acts, he makes it clear that there is still a lot of work ahead.