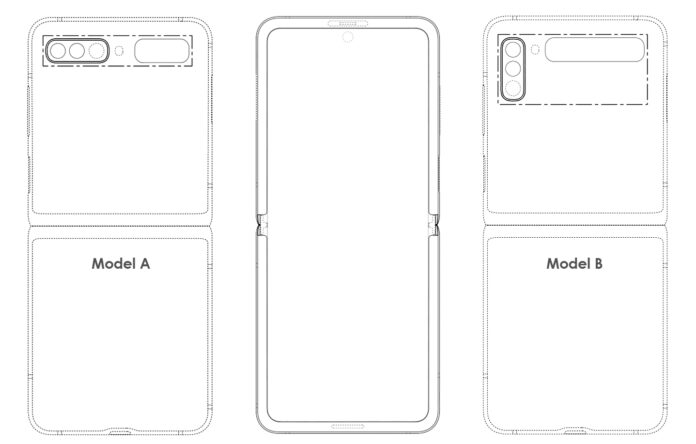 A new patent, discovered by LetsGoDigital at the World Intellectual Property Organization, showed that the Galaxy Z Flip 2 will come with a total of 4 cameras. According to the patent, the device will feature 3 cameras on the back, although its positioning is not yet clear.

We saw the first example of today’s new technology foldable phones with Samsung last year. However, the company did not achieve much success with the device named Galaxy Fold. After that, he corrected the errors on the phone and re-launched the device.

In the past months, Samsung also unveiled a different concept of foldable phones. The company introduced its new foldable phone Galaxy Z Flip at the UNPACKED event. Now a new phone has come to the agenda, showing that Samsung is stubborn in the foldable phone concept.

A new patent, discovered by LetsGoDigital at the World Intellectual Property Organization, revealed camera setup options on the device. According to the discovered patent, the Samsung Galaxy Z Flip 2 will have a camera setup that is positioned either vertically or horizontally and consists of three cameras. With the front camera, the number of cameras will increase to 4.

Also, a configuration in the above patent image indicates that the small screen on the back of the device may be even wider. So when will we see Samsung’s new foldable phone? Although there is no clear date on this subject, according to many people, the new device will be introduced with the new Galaxy Note family in August.

How to install YouTube Vanced? Here are the details

Apple Shifts Production from China to Taiwan Due to Corona Virus