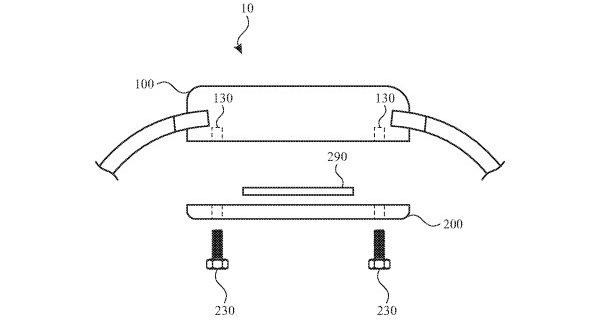 A new patent by Apple shows that Apple Watch may come up with a modular design in the future. According to the patent, the smartwatch can be customized to the needs of the users.

Apple may be redesigning its smart watch with radical changes to add flexibility and versatility. According to a new patent published by the U.S. Patent and Trademark Office, next-generation Apple Watch models will make it easier to add new features or functionality as a modular smartwatch.

A new patent for Apple Watch is called the Modular System. The main idea here is that after purchasing the watch, new items can be added to the watch. Previously, ideas such as the ability to connect battery-powered straps that would count extra power to the Apple Watch were introduced. There was also an idea of ​​putting the sensors on the strap, but the idea was withdrawn because users like changing the straps.

The new system reveals that personalizing the Apple Watch can be with functional modules added behind the watch. According to the patent, the body of the smart watch can be modified according to the features desired by the user. So, new sensors may emerge that can measure different things.

For example, those with high blood pressure will be able to make more extensive measurements with the modules they will wear on the watch. Considering that Apple Watch is often preferred because of its health features, selecting the sensors to be found by the user may be a logical move.

The patent shows the attachment points where the components behind the Apple Watch can be worn on the watch. The fact that the modular parts are under the clock is also an important advantage. The smart watch’s pressure on the wrist can help keep the parts intact and use the sensors effectively. Of course, new modules may also have features like increasing the Apple Watch’s battery capacity.

Although the patent was recently published, its application was filed last year. Apple often acts hard to update its products, so the modular design seems difficult to come with the Apple Watch Series 6. Also, patents don’t mean these features will definitely apply, but modular watches seem like a good idea.