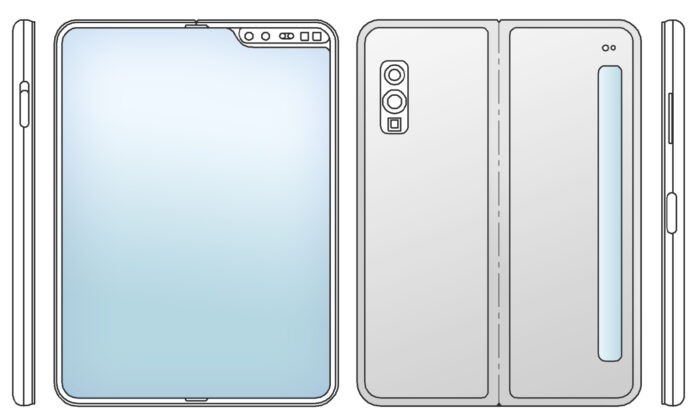 In the months we left behind, Samsung had launched Galaxy Fold, the first foldable smartphone. Following this smartphone, which offers a screen size of 7.3 inches when opened, the company continued to expand its foldable smartphone portfolio by introducing the Galaxy Z Flip last February.

What are the changes waiting for users in Galaxy Fold 2?

Although Galaxy Fold was the most expensive smartphone Samsung has launched, it was not waterproof. Apparently, Samsung plans to release a waterproof foldable phone in the coming days. The source of these claims is based on a patent application filed to WIPO (World Intellectual Property Office) by Samsung Electronics under the name of “Electronic Device with Waterproof Structure” on November 13, 2019.

Published on May 22, 2020, this patent details in detail how Samsung wants to waterproof a foldable smartphone. According to the patent images, the company will add different components to the device to prevent water entry into the folding mechanism.

Galaxy Fold 2 will come with a periscope zoom camera:

In patent images, we can see a different camera hole at the bottom of the triple camera module. This shows us that the Samsung Galaxy Fold 2 will indeed have a periscope zoom camera like the Galaxy S20 Ultra.

It seems that another change we will see in the next generation Galaxy Fold will be made on the screen part. At this point, patent images say that when the original Galaxy Fold is folded, the large screen on the front will be replaced by a smaller, ribbon-shaped panel. This screen, which looks similar to Galaxy Z Flip, will allow users to see information such as notifications, date and battery percentage.

Samsung did not share any information about the launch date of the Galaxy Fold 2, but the device is expected to be launched simultaneously with the Galaxy Note20 series. To do this, we need to wait until at least next August. Stay up to date to stay informed of all the developments in this process.

Free Fire: How to Download and Play for Free on PC