Home Entertainment Pat Carroll, the voice of Ursula from The Little Mermaid, has died... 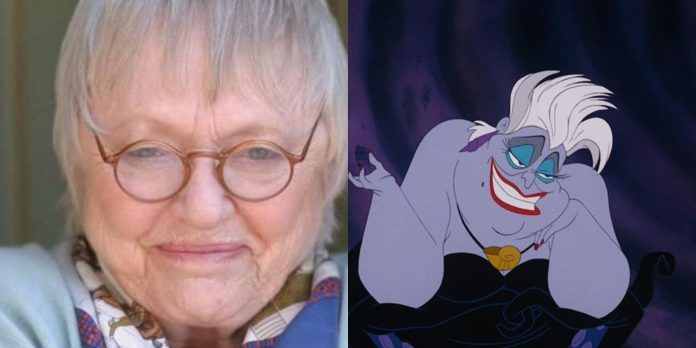 Pat Carroll, comedian and actor best known for playing Ursula in The Little Mermaid, has died at the age of 95.

According to The Hollywood Reporter, Carroll died at her home in Cape Cod, Massachusetts, from pneumonia on Sunday, July 31. The actor had a long career on television and in movies, and he started voicing.

There will be a film adaptation of The Little Mermaid, but no one will ever forget the original, and Ursula is one of the most memorable and beloved characters. Although she is, of course, a villain hating Ariel (voiced by Jodie Benson), Ursula is irresistible and charming to children who want to keep watching her.

In 1952 and 1953, Carroll appeared in The Red Button Show, and some of her most notable roles include playing herself in two episodes of The Carol Burnett Show, Loretta Kuhn in The Mary Tyler Moore Show, and Mrs. Wilhelmina Feeney in Laverne and Shirley. . In 1957, Carroll won the Emmy Award for Best Supporting Actress in the series Caesar’s Hour, which aired on NBC from 1954 to 1957. The show also had musical sketches.

Carroll’s most famous role was the voice of Ursula in The Little Mermaid, released in 1989. Carroll also voiced Ursula in the films “Mickey’s Magical Christmas: The Snowy Mouse House” in 2001 and “Mickey’s House of Villains” in 2002. In 2017 and 2018, Carroll played the role of old Crowley in the TV series “The Tangled Adventures of Rapunzel”. In 2014, she played Joan in the movie “Best Friends” and played the Hostess in Nancy Drew 2007. There are many beautiful scenes from Disney animated films, and it was always a pleasure to watch Ursula, voiced by Pat Carroll.

According to Inside The Magic Net, Carroll loved Disney and always thought it would be great to star in a Disney movie. She paid only 25 cents to watch Snow White and the Seven Dwarfs at the cinema, and her agent informed her that she could audition for a Disney movie, which was good news. She sang and acted three times, and when she found out that she got the role because another actress failed, she felt that it was a dream come true. Carroll said Ursula is “pushy” and “physically bigger than life” and that playing one of Disney’s most evil villains was her favorite role.

Carroll has three children with her ex-husband Lee Karsian, whom she married in 1955. Carroll’s daughter Tara Karsian shared the sad news of her mom’s death on Instagram and wrote in the caption: “It is with a heavy heart that I write that my mother, Pat Carroll, passed away in old age at the age of 95. We ask you to honor her with a raucous laugh at absolutely anything today (and every day ahead), because, in addition to her brilliant talent and love, she leaves my sister Kerry and I have the greatest gift, filling us with humor and the ability to laugh… even in the saddest times.”

Go To The Target, Damn: Battlefield 2042 Has A Distracted Prank

Leyndell Capital from Eldan Ring has changed a lot before the...