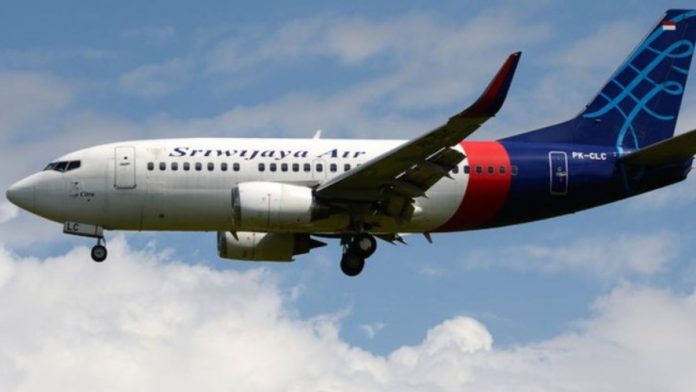 It was stated that communication was cut shortly after takeoff with a passenger plane belonging to Sriwijaya Airlines in Indonesia. Indonesian officials announced that the plane with 62 people, including the crew, crashed into the sea. Jeans and metal pieces found in the area where the plane crashed.

It was announced that communication was lost shortly after takeoff with a passenger plane belonging to Sriwijaya Airlines in Indonesia.

The airline issued a statement stating that detailed information about the flight was collected before making a statement.

According to Indonesian media reports, there were 62 people on board, including the crew, five of them children and one infant.

Announcing that the plane crashed into the sea, Indonesian officials announced that they reached a wreck they thought was the wreckage of the plane.

In Indonesia, Lion Airlines’ Boeing 737 Max 8 aircraft with flight number “JT 610” crashed into the sea on 29 October 2018, shortly after taking off from Jakarta to the city of Pangkal Pinang on Sumatra Island. 189 people died in the accident in question.

JEANS, METAL PARTS AND CABLES FOUND IN THE REGION WHERE THE PLANE FALLED TO THE SEA

According to the news of the Kompas newspaper, it was noted that in the area where the plane crashed, pieces and oil thought to belong to human beings were found during the search conducted by a boat belonging to the Ministry of Transport.

According to the news that CNN Indonesia is based on a security official, it was stated that jeans and pieces of metal and cables were found in the accident area.

Indonesian officials shared the information that large-scale search and rescue operations between Laki and Lancang Island, where the plane crashed, will continue with 11 ships throughout the night.