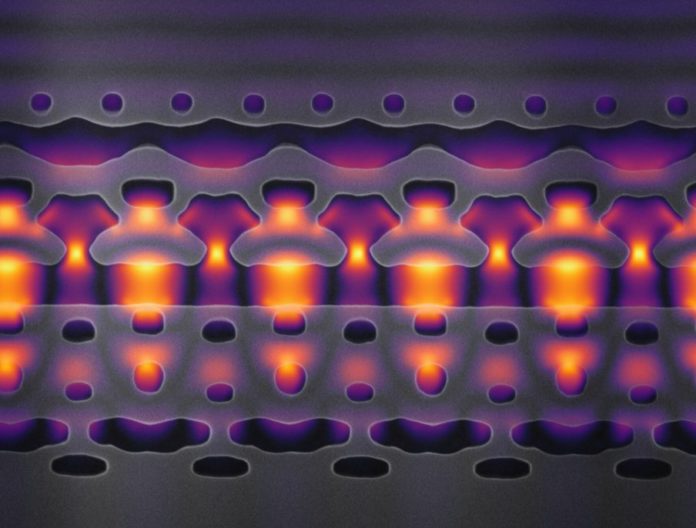 A particle accelerator would be developed on a microchip scale, which could fit into a vacuum tube of only 2.5 cm in length.

Can particle accelerators that pursue the secrets of the universe be used to treat diseases such as cancer one day? The answer to this question can be given as “no! Ğ given the size of today’s particle accelerators. The SLAC accelerator is 3.2 km long and the Large Hadron Collider (LHC) has a length of up to 27 km.

The researchers at Stanford University and SLAC, who believe that this challenge can be overcome, have tried to reduce particle accelerator technology to a computer chip scale and have succeeded in this. In this way, the door of the previously impossible methods of cancer treatment can be opened.

The method used in particle accelerator technology works by irradiating the particles into vacuum tubes and increasing them to speeds close to the speed of light. For example, SLAC uses microwave radiation to accelerate particles, while LHC uses superconducting electromagnets. The need for large and cumbersome machines to perform this process makes it difficult to use this technology in hospitals and smaller science facilities.

Stanford and the SLAC team have reduced the 2-meter prototype accelerator produced by CERN in the past and managed to reduce a particle accelerator that is not yet practically usable to a silicon chip. In the new method, instead of microwave radiation or magnets, infrared radiation has taken the role of accelerator. In this way, the electrons sent to the vacuum channel of 30 micrometers are accelerated here and directed to silicon cables on the wall of the channel. The infrared laser, which reaches a speed of 100,000 beats per second, sends electrons to the electrons each time at the right angle to accelerate the electrons forward. The image below shows the accelerator magnified 25,000 times.

The system, which is still in its infancy, is capable of delivering energy to electrons with 0,915 keV (kilolelectronvolt). This value is unfortunately too insufficient for medical applications or scientific research. However, researchers, by the end of 2020 plans to fire another ignition. The current value is expected to be 1 mega electron volt (MeV), which is almost 1.00 times the value of the old one. The vacuum channel used for this action, which means to accelerate the electrons up to 94% of the speed of light, will be copied, making the accelerator chip fit into the 2.5 cm.

May be a hope for the treatment of cancer
After the technology has become applicable in the field of medicine, it can be used on cancer patients. The electrons, one end of which is accelerated through the tube facing the tumor, will not burn the cancerous cells and will not harm the healthy cells.