Home News Partial quarantine extended to 3 weeks in the UK 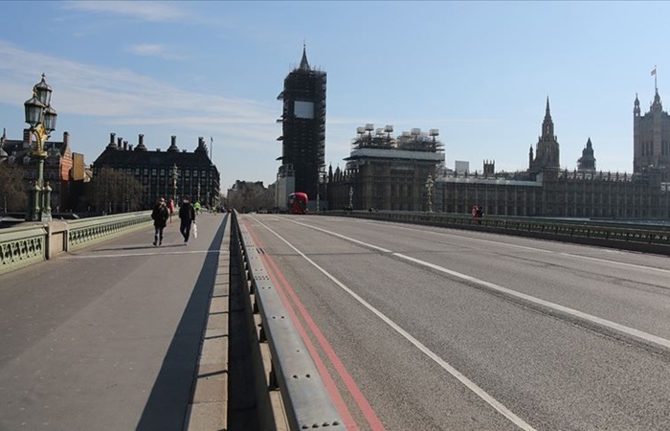 In the context of combating the new type of coronavirus (Covid-19) epidemic, it was decided to extend the partial quarantine application for 3 weeks.

Foreign Minister Dominic Raab said at the daily press conference that the measures taken were successful in slowing the spread of the virus, but the general picture provided a mixed picture.

Stating that the target rate has not yet been reached in slowing down the rate of transmission of the virus, Raab said, “Any change in social distance measures may lead to a second peak danger in the spread of the virus. Therefore, the current measures should remain in effect for the next 3 weeks.” said.

“A second chance should not be given to the coronavirus”

“The worst thing we can do now is to loosen the measures too soon,” said Raab, who advised the government that the loosening of any of the measures in place would put public health at risk and harm the economy. he spoke.

Emphasizing that Britain is at a “sensitive stage” in the fight against the epidemic, Raab stated that “the coronavirus should not be given a second chance”.

According to the decisions taken for 3 weeks on March 23 in the UK, citizens can go out on the streets only to go shopping for basic needs, to exercise alone or with households once a day, to help those in need and go to work.

In addition, while all commercial businesses except pharmacies and markets are closed, all social events, except for funerals, are prohibited.

The British government, which followed the strategy of “spreading the virus for the purpose of gaining social immunity” in the first place, started to take drastic measures by stepping back after reports and criticisms that the number of dead could be about 300 thousand.

In this context, schools were vacationed on 20 March, and then it was decided to close places such as restaurants, cafes and cinemas. However, due to the public’s disregard for the curfew, restrictions were imposed on leaving the house on 23 March.

It May Take 7 Years to Gain Immunity Against COVID-19

TikTok will force you to see personalized ads, yes or yes