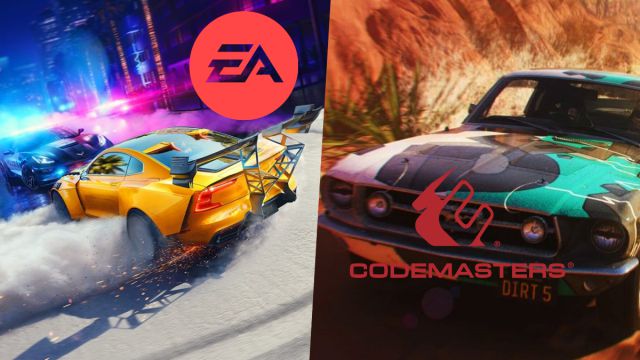 The North American giant promises that it will become the home of driving video games, with numerous sagas on its hands.

Electronic Arts has announced the acquisition of the British studio Codemasters, which has become effective after approval by the company’s shareholders. EA has paid a total of 1,200 million dollars, as confirmed in a press release. With this operation, the North American company not only welcomes new human capital, but also gains intellectual properties such as Dirt, Dirt Rally, Grid, Project Cars or Formula 1, among many others. These names are joined by their own sagas, the most important of them Need for Speed, now in charge of Criterion.

According to the statement, with this product card, both Electronic Arts and Codemasters will have the option of offering “fans” a regular cadence of driving titles. All of these products, including the success of Real Racing mobiles, will join other EA Sports brands, which EA sees as an opportunity to offer further innovation. It will also increase your ability to offer content and experiences to followers of the genre.

In search of innovation and growth

“This is the beginning of an exciting new era for video games and driving content by bringing together the talented teams of Electronic Arts and Codemasters,” said Andrew Wilson, CEO of Electronic Arts. “The love of racing continues to grow throughout the world, and the combination of sagas in our portfolio will allow us to create innovative new experiences and bring more players to the excitement of cars and motorsports. Our teams will be a world power in driving entertainment, with incredible video games for drivers. players on all platforms, we’re looking forward to getting started. ”

See Also
Codemasters will operate as an "independent group".

Frank Sagnier, CEO of Codemasters, underlines that “today is a milestone in the history” of his company, a day that he has described as “exciting” for employees and players. “Partnering with EA will allow our teams to take our acclaimed licenses to new heights and reach a huge global audience through their network of players. Together we can redefine the driving video game landscape to create even more engaging experiences for racing fans around the world. ”

From EA they see the operation as a growth opportunity for Codemasters, all thanks to the company’s access network, which has subscription services such as EA Play. At the same time, “Electronic Arts also brings deep data and analytics capabilities to Codemasters’ development and publishing teams, providing audience insights to accelerate performance for key franchises.”

The acquisition of Codemasters, which has been financed with available cash, is part of EA’s growth strategy. They expect this purchase to increase their net turnover and profitability.

Scams Rise in January: What Are They?