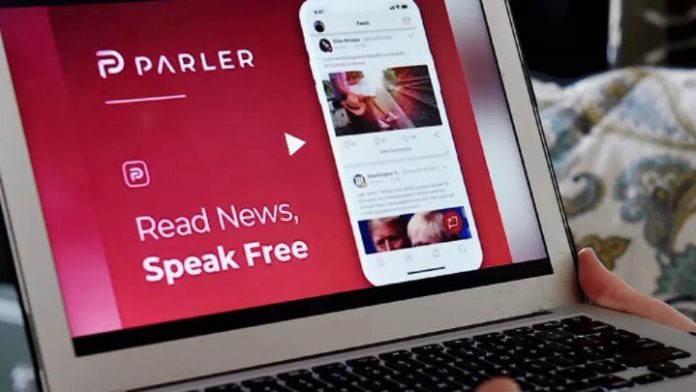 Parler: All smartphones have at their disposal an application gallery where they can obtain different tools. But sometimes developers have problems with distributors or vice versa, which causes an application to stop distributing in the end. This has happened recently with an app that might be a problem for many. We are talking about Parler, the app that disappeared from the App Store and is finally coming back.

Parler again on the App Store

We put you in a situation if you did not know the precedents. You may remember what happened in the Washington Capitol that January 7, 2021. The year did not start well in North America with the massive irruption of Donald Trump’s followers after he lost the elections against Joe Biden.

Everything pointed to the fact that Parler had been the application where this meeting was programmed, which ended violently between assailants and members of security. For this reason, Apple decided to expel Parler from the app store of the bitten apple. But now, after more than four months, it seems that the application similar to Twitter but without filters returns to the list of applications.

Why is the app coming back?

It seems that Apple is giving Parler the green light again for users to use it. However, its return does not mean that it is what it once was. That is, Parles returns to the App Store, but does not do it as it was then. The tranquility with which a user could write whatever he wanted regardless of the type of message or even if it was hateful or discriminatory is over. And that will be seen in that an artificial intelligence will be able to mark messages as ‘hate’ as long as they contain content of this style.

If the messages can be seen, but not on iPhone

One of the curiosities of the return of Parler to iPhone is that it will have an ‘anti-hate filter’. It will block messages with this content, unless you have a computer or Android device. These two are the only platforms where you can see these messages in their entirety, since according to the statements that Engadget collects from Amy Peikoff, the company’s head of policy, this move was important for the application to have a future on Apple devices. . However, we will see if, despite these efforts, it will be downloaded again or users will permanently switch to another platform.