Home Tech Parler does not give up, his website is available again 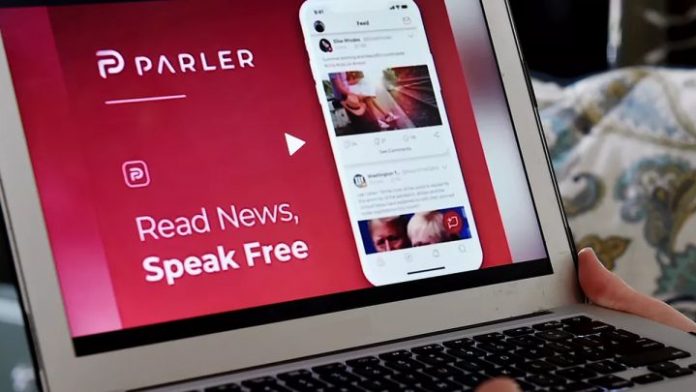 After the terrible assault on the Capitol by extreme supporters of Donald Trump took place on January 6, we have seen how social networks have been flooded with news that has to do with this fact. Facebook, Instagram, YouTube or Snapchat took action in the matter blocking the accounts of the until now president of the United States, while Amazon, Google and Apple followed in his footsteps and removed any reference to the Parler app.

An app in the purest Twitter style where Donald Trump’s followers published all kinds of speeches that incited hatred and violence and in which there was little moderation and too much freedom of expression. This made both Google and Apple withdraw the app from their stores and Amazon decided to stop hosting the site on their servers.

Well, it seems that its main executives have not stopped trying to make Parler available again and now, the website of the social network appears accessible again. Therefore, the website used by conservatives and the far right in the United States, has found a new ally to host the web and make it available.

Everything indicates that it is the Epik platform that has allowed the hosting and registration of Parler’s domain on its servers, something that on the other hand is not surprising. And it is not the first time that Epik has allowed to register certain domains and host websites with controversial content such as 8chan, a platform that supports the QAnon conspiracy movement, which finally disappeared after a mass shooting in El Paso, Texas.

Now, John Matze, Parler’s chief executive, seems to have found a new ally to make Parler accessible again so that all these radicals can once again exercise their right to privacy and free expression without problems to exceed the limits of desire to hatred and incitement to violence.

Let us remember that Parler was one of the main channels for the organization of all kinds of important protests, including the assault on the Capitol, and has been a refuge for the main leaders of the extreme right. At the moment, Parler has only shown some signs that it will be 100% available again, while from its app for mobile devices there is still no trace of it. All of this happens just days after Biden is proclaimed the new president of the United States.

Bentley will produce only 12 cars in the world

The Medium: reasons it’s not a Silent Hill