Home Celebrity Park So Dam to star in the movie The Ghost, all details 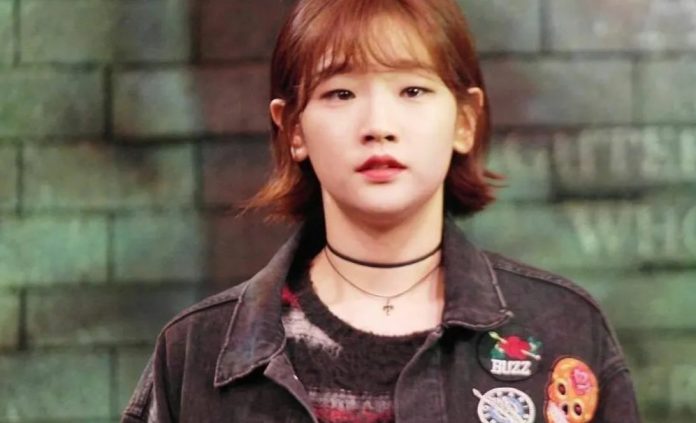 The star of dramas like “Record Of Youth” and the OSCAR-winning film “Parasite” is ready to reunite with her fans in a new project. The Korean actress started 2021 with a new job, a period story and action that will show her more adventurous side.

Through Korean portals it was confirmed that Park So Dom will be part of the cast of “The Ghost”, a new action moviewhich will narrate the struggle to survive and escape from a group that infiltrated the government, each of them will test their loyalty. The actress will take on the role of a politician of Korean descent.

Following the success of “Record of Youth” alongside Park Bo Gum and “Parasite”, Park Go Dam has won the hearts of fans thanks to her beauty and talent. This 2021 she will meet her fans with her new project, which has no release date, but the first recordings have already begun.

PARK SO DAM WILL TRY TO SURVIVE IN “THE GHOST”

The synopsis of “The Ghost” narrates the life of an infiltrated group called “The ghosts”, who infiltrated the government and are anti-Japanese, all end up hiding in a hotel, but doubts between them will begin to arise when they no longer know in who to trust.

Park So Dam will play “Yuriko” , a political governor, the actress will share cast with Sol Kyung Gu, a Japanese policeman, Junji Murayama will be a communications officer, Lee Ha Nui will be “Park Cha Kyung”, who records and encrypts the messages of the group. Kim Dong Hee will be a young employee named “Baek Ho”.

Park Hae Soo will be “Kaito”, a security leader who will try to catch ghosts and Seo Hyun Woo is an expert in cracking codes. The film will be set in the 1933 era in the Gyeongseong government. The presence of Park So Dam and her companions is already synonymous with success before it is released.

Another of the Korean premieres this year is “Love Scene Number”, a drama that will show all the girl power.