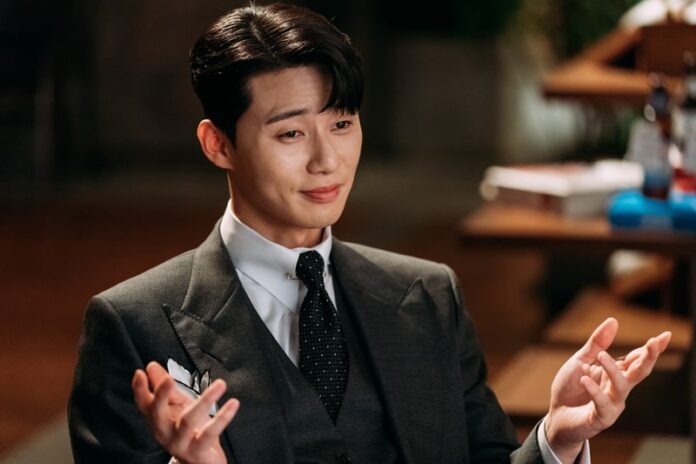 Park Seo Joon, renowned actor who has worked in various K-dramas and films such as “Itaweon Class”, “She was pretty”, “Hwarang” and “Parasite”, received a special award thanks to his great popularity and talent.

The idol is also known for maintaining a close friendship with BTS’s Taehyung, both of whom worked on the drama “Hwarang”. We tell you about his most recent achievement, which he achieved thanks to his role as YouTuber.

Through a live broadcast, Park Seo Joon decided to thank his fans for the support he has received, because thanks to the million subscribers on his channel he received the famous YouTube gold button, an award that makes him the first Korean actor in achieving it.

Almost a year ago, Park started with this project, where he publishes various content videos such as food, the behind the scenes in his work sets or modeling sessions, among others.

The actor also thanked his production team, because thanks to them it is possible to edit his videos. The actor acknowledged that although his content is not as varied, he was able to achieve a new goal thanks to his fans.

Currently, he is in the middle of the recordings of his new movie “Dream”, also starring the singer IU.

See Also
Lee Hyun Woo, IU, and Park Seo Joon to act together in a movie

Launch over 60 free demos on Xbox One

FIFA 21 launches a new feature to limit your playing time!

WhatsApp is testing a number of new features to make life...

Layers of Fear and Jay and Silent Bob Mall Brawl

Justin Bieber talks about BTS ‘success with a message