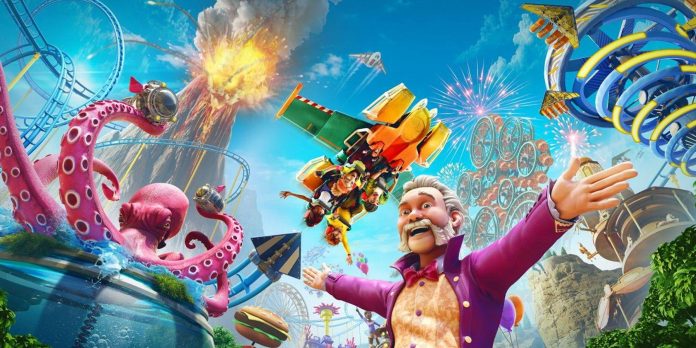 Gamescom 2022 could be the biggest Gamescom since its Opening Night Live ceremony alone offers as many as two hours of non-stop game announcements and trailers. The event featured everything from small indie to large-scale AAA games, and Limbic Entertainment’s Park Beyond fits comfortably into the middle of the pack.

Theme park simulators, surprisingly enough, have been a staple of the gaming genre since the early days of computer games, when Theme Park made a splash in 1994. Soon after, the Rollercoaster Tycoon franchise debuted, becoming one of the most popular simulators. franchises of all time. Currently, Frontier’s Planet Coaster has taken the first place, bringing the genre of the theme park simulator to the present, while retaining the charm of those original Rollercoaster Tycoon games. But Planet Coaster is about to get some competition, as Park Beyond is set to enter the ring in 2023, and its defining feature may be inspired by EA’s Spore.

Bringing the Creative Freedom of Spore to Park Beyond

Released in 2008, Spore was developed by Maxis, the same studio that created the hugely popular Sims franchise. Before its release, Spore was advertised as a true next-generation game offering more creative freedom than any other video game before it. Players will apparently be able to create their own species of aliens and eventually develop them, creating an entire civilization of their own creation. Although Spore didn’t quite live up to its high marketing and expectations due to some overly simplistic mechanics, the game still offered most of the same gameplay it promised.

In fact, players could still watch the creation of their own kind of aliens and develop them from microscopic creatures to intelligent beings, build their civilization from makeshift huts to space exploration. One of the defining features of Spore was an unprecedented level of creative freedom. By learning from The Sims, Maxis was able to give players an incredibly detailed species creation tool that allowed players to create a truly unique and original alien design. And thanks to the mechanics of evolution, these aliens will become even more user-specific. Players could create the cutest and most beautiful alien creatures imaginable, or the most damned.

Based on the latest trailer shown at Gamescom Opening Night Live, it seems that Park Beyond will draw inspiration from Spore in this regard. This latest trailer showcased the main trick of Park Beyond, its creative freedom, a feature that sets it apart from competitors like Planet Coaster. In Park Beyond, players will be able to build each individual building in their park from scratch, choosing its color palette, the type of material used and external decorations. Each individual floor of the building can also be personalized. These floors can then be saved and combined using a modular construction tool, ensuring that each building in the player’s park is completely unique.

This modular construction mechanics will allow players to create a wide range of buildings quite easily, and the huge number of settings for each of the individual components of the building allows players to make their theme park horrifyingly absurd or smooth and refined as they wanted. This modular construction tool will also simplify the placement of individual decorations for the rides, while giving players more freedom in how it all looks. Although Planet Coaster has a variety of construction tools, the Park Beyond system seems to lean more towards outlandish and wacky projects, which seems like a reasonable move.

Park Beyond is scheduled for release in 2023 on PC, PS5 and Xbox Series X/S.

Denise Richards is “glad” that she and Charlie Sheen tried to...