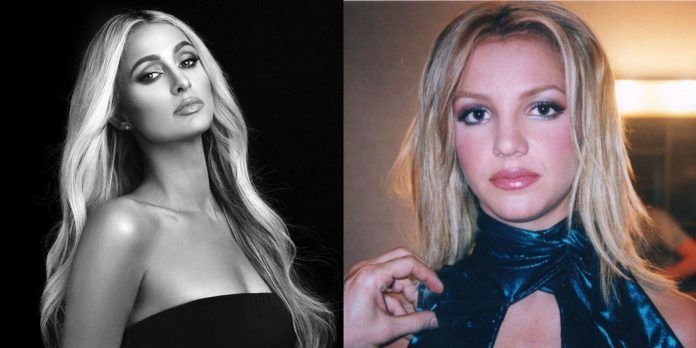 Paris Hilton, who demonstrated her own wedding in the Paris In Love program, chose to attend the ceremony and the reception of Britney Spears instead of djing at the event for President Joe Biden. After a year-long whirlwind, the pop star finally decided to take care of herself and married her longtime boyfriend Sam Asgari, whom she met on the set of the video for the song “Slumber Party” in 2016. The couple got engaged in September 2021, shortly after Britney was released from 13-year custody, as fans reported when they created the Free Britney movement. In the guest list of the singer “Oops!… I Did It Again” also featured celebrities such as Drew Barrymore, Selena Gomez and Madonna.

In November, Paris admitted that she invited the pop star to her own wedding. But since the wedding took place just a few months after the termination of custody of Britney, the reality TV star understood why Britney did not come, and there were no hard feelings. Paris’s friendship with the singer dates back to the early 2000s, when “Simple Life” was the number one reality show, and they went to all the clubs in Los Angeles together. Although they were not seen together after that, especially after Britney was given custody in 2008, the hotel heiress has always spoken highly of her ex-girlfriend for many years.

Fans were so excited to see Paris and Britney reunite at her wedding, but what they didn’t know was that the Paris In Love star turned down the opportunity to DJ for President Biden to attend Britney’s big day. In her podcast This Is Paris, the star said that she was given the opportunity to become a DJ for the 46th president of the United States, but instead she decided to support her old friend. “In fact, I was asked to DJ for the president and all other presidents around the world at a dinner, but it was more important to me,” admitted the icon of the 2000s. Paris debuted as a DJ in 2012 at a pop music festival in Brazil and has been doing her thing ever since.

In the series “Peacock in Love with Paris”, the star demonstrated her DJ skills by performing at a party in Las Vegas, despite fears that the show would fail. While Britney was living out her fabulous dreams, Biden was in Los Angeles for the Ninth Summit of the Americas, where he met with world leaders of the Western Hemisphere to promote a better future for their countries. Paris said of the wedding: “All I can say is that I’m so incredibly happy for her. She looked amazing and I was so happy to see that she had found her fairy tale.”

There were so many iconic moments at Britney’s wedding that fans liked, like when she recreated her 2003 VMA kiss with Madonna. Nevertheless, the star of Paris In Love refuses such a great opportunity to support his old friend, by far the most pleasant. It’s clear that Paris is a loyal friend, and no matter how many years have passed since they last hung out, they still have mutual love and respect for each other. I hope Biden is not too upset that he took second place after the singer “… Baby One More Time”, and understands that few people will refuse the opportunity to celebrate the wedding of the most iconic pop star of the 2000s.

The Witcher: Nightmare Of The Wolf – Film Gets Release Date...

Lizzo Reveals How Much She Loves BTS And Jimin’s Friendship With...