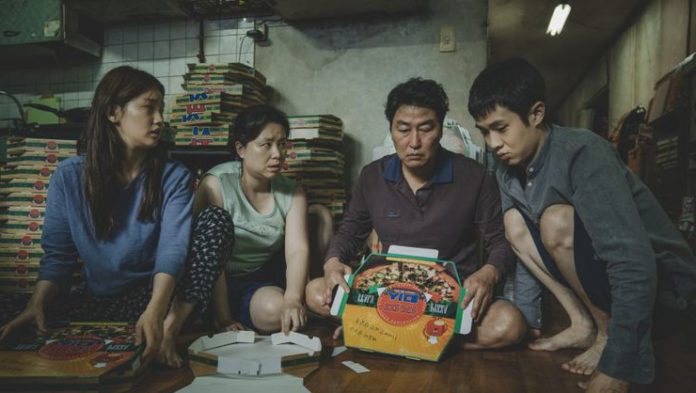 The success of the movie has allowed the creation of a series based on the characters.

“Parasite” became the new Korean star thanks to its success at the 2020 Oscar Awards. The film showed that South Korea has a great deal on the seventh art.

The story revolves around a poor family who will gradually find a job in a family mansion, but someone will discover their dark secret and they will have to do everything to stay safe and not be discovered. If you already saw the film, we have news, there will be a new version that will be released at the end of the month. We tell you the details.

#Parasite to meet viewers once again, this time with Black and White version. The B&W version of the movie will be released in Korea at the end of February https://t.co/lEbIlbZ7VV #KoreanUpdates VF pic.twitter.com/5RlVTQUlGs

According to information from the Yonhap portal, director Bong Joon-ho and photographer Hong Kyung-pyo decided to release a new version of the film with the intention of emphasizing more on the details of the scenes and causing greater cruelty than the first.

Although it does not feature new scenes, this black and white version will allow fans to appreciate the poverty of the family on a much more grotesque level, as well as with the mansion of the wealthy, where the space will be more expanded. Clean and safe, that was his idea from the beginning.

The film will be released in late April, it was planned to be released in early March or February, but due to the coronavirus its release was postponed.

A spin-off series is also planned to be released through the HBO platform, but there is no release date or cast information yet, the plot would revolve around the lives of each of the characters before the tragedy happens.

The Oscar winning #Parasite will have a UK premiere of its black and white version at @glasgowfilmfest This new version of Parasite was made before the colour version and will be screening on Thursday 5 March.

Tickets go on on sale at 12pm today at: https://t.co/HkyFMHOdND #film pic.twitter.com/3vpMpXAugS