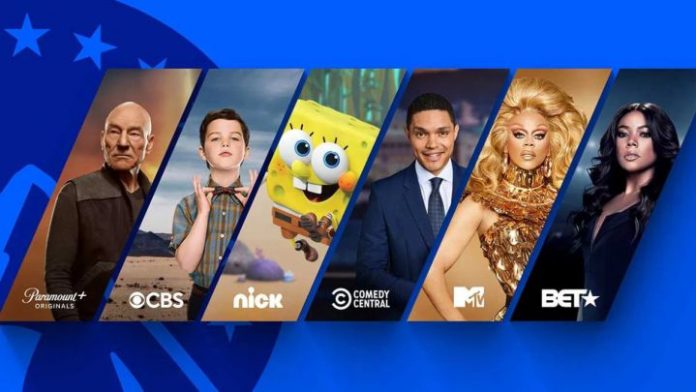 A few years ago, Netflix and HBO enjoyed being the queens of the VOD scene, the market for on-demand content created from the break with the traditional imposed linear TV model. But then the Amazon Prime Video and company started to come out, and the sector began to become more competitive. And when between 2019 and 2020 Disney + arrived with a content earthquake, then the market did turn into a war.

And it is necessary to face that 1- The traditional content market is archaic, and 2- The current panorama is creating the greatest variety of contents that have ever been seen. Besides, this sector makes a lot of money, and all the majors and studios want to get a cut. The latest Paramount, which will launch its VOD platform next week.

Last month, Paramount confirmed that its Paramount + service will premiere first in the United States, encompassing such attractive channels as Paramount Pictures, CBS, Comedy Central, Nickelodeon or MTV, and will do so practically on March 4. But there are more markets:

USA: March 4
Latin America: March 4
Canada: March 4 (content expansion at the end of the year)
Nordic countries: March 25
Australia: mid 2021
And the rest of the markets? Because in that calendar there is hardly any Europe or Asia … As usually happens, the premiere will be gradual, just as it happened with Disney + and the same is happening with HBO Max, a service that we will not see in these parts. In this way, and if nothing happens to the contrary, it seems that we will not see Paramount + in Spain throughout this 2021, and we will have to wait until 2022.

Paramount + will have two pricing tiers available to US subscribers that combine the best of live and on-demand programming.

The premium tier, at $ 9.99, will be available with live sports, 24/7 news programming and world-class entertainment, ranging from Paramount + originals to a wide array of current and current shows and movies. library. The offering will include CBS linear live streaming and ad-free on-demand viewing with 4k, HDR and Dolby Vision, mobile downloads and cross-platform dynamic playback functionality.
A $ 4.99 ad-supported tier will launch in June featuring the best in sports, news and entertainment. At that time, the current $ 5.99 plan will no longer be available to new users, but current users will retain access in their own right. The ad tier will feature a compelling offering of exciting Paramount + originals, top-of-the-line sports content such as live NFL and football games, and breaking news via CBSN.