Home Entertainment Paramount+ confirmed the extension of season 4 of Evil 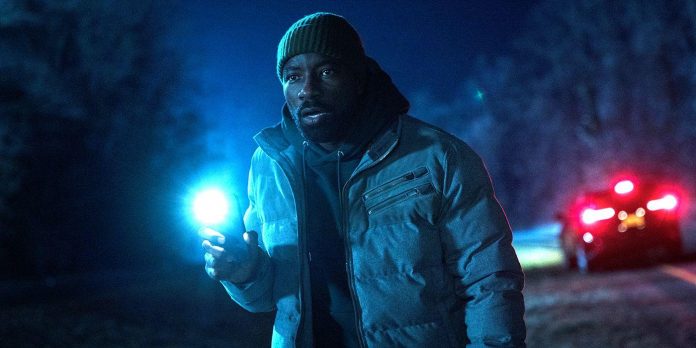 As recognition continues to pour in, Paramount+ has given the green light to season 4 of “Evil.” Katya Herbers leads the cast of the horror thriller series as Dr. Kristen Bouchard, a forensic psychologist who begins working with David Acosta (Mike Coulter), a former journalist who is studying to be a Catholic priest investigating cases with potential supernatural and demonic connections. Evil revolves around Kristen and David’s complicated relationship with each other, their faith, and the evil Dr. Leland Townsend Michael Emerson, who has dark ties to demonic forces and has targeted Kristen and David.

Evil season 3 began immediately after the season 2 finale, in which David was officially ordained a Catholic priest, and Kristen broke down and tearfully confessed to the murder of serial killer Orson Leroux, and they both kissed after he let her go. of her sins. The final chapter of the series explores this complex new dynamic between them, including David’s temptation by a succubus, as well as his involvement in a spy unit in the Catholic Church, and Ben’s struggle with handling their various cases. Like its predecessors, season 3 of “Evil” has received widespread critical acclaim, and its future looks even brighter.

Link: Why Evil Season 2 Is Moving to Paramount+ Is Actually Better For The Story

A little over a month after the 3rd season started on the streamer, Paramount+ confirmed the extension of the 4th season of “Evil”. The streamer confirmed that the show not only continues to be a critical hit for the platform, but is also one of its best performers, and believes that it attracts new users. The president of Paramount + Original Scripted Series, Nicole Clemens, wrote the following statement regarding the extension.

“EVIL continues to expand its fan base of both critics and viewers; the third season currently has a 100% rating on Rotten Tomatoes, and it is consistently among the top five most viewed original series and is the driver of the acquisition of the service. We are very excited about what Robert and Michelle will come up with for the fourth season, and our outstanding cast will bring it to life.”

Originally developed By Robert and Michelle King of The Good Fight for CBS, “Evil” moved to Paramount+ for a second season in 2021 due to delays related to COVID, and received even higher recognition than its debut, thanks to a bolder script and more terrifying cases. Between the exciting finale of the previous season and trailers promising wilder cases and the return of the fan-loved demon George, expectations were high, leading to the premiere of the third season of Evil in June this year. Considering that the last season of the show has once again raised the bar of reviews compared to its predecessors, it will not come as a surprise to some that Paramount+ has given the green light to season 4 of Evil.

One of the most interesting conclusions about the extension of the 4th season of “Evil” is the confirmation from Paramount+ that the show remains consistently in the top five most viewed original series. Considering that the streamer’s library has been replenished with films such as the prequel “Yellowstone” of 1883, which became his most viewed film, the 1st season of Halo, “Mayor of Kingstown” and “Star Trek: Strange New Worlds” since the premiere of “Evil” on Paramount+, this proves that that’s promising. It continues to outperform most of its competitors, and the platform recognizes it for attracting more subscribers. While viewers are waiting for further details about season 4, they can look forward to the new episodes of season 3 of “Evil”, which will be broadcast on Sundays on Paramount+, and the finale will take place on August 14.

E3 2021: These Are all Confirmed Games and Companies