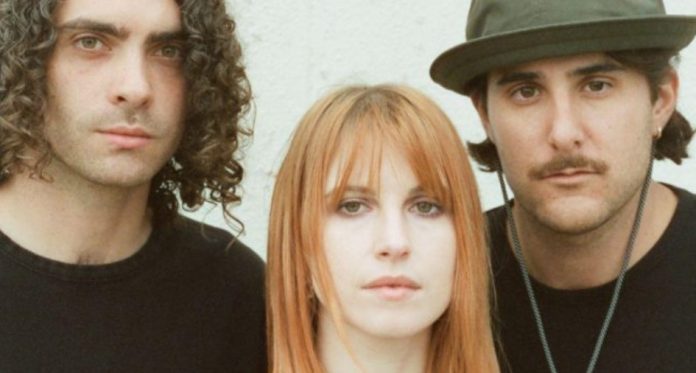 After the performance in Magna, Utah, the band issued a statement condemning the incident involving this man.

“At yesterday’s show at SLC, we became aware of an incident that occurred in the crowd while we were on stage,” they wrote. “A man physically and verbally assaulted several women, including an engaged couple on our show. Our security service and facility staff were notified and were able to detain and remove him.

“We didn’t realize this was happening as the incident happened out of sight from the stage. If we had seen any of this, we would have stopped the show until the situation was under control.

“PARAMORE DOES NOT RECOGNIZE violence, homophobia or intolerance of any kind. This is highly undesirable in our community and has no place at our concerts. To the fans who were hurt or witnessed what happened last night, we are very sorry. We hope you know that we will always do our best to protect you and make you feel famous.

“To clarify the situation: Paramore shows should be a safe place for people. If you can’t respect that, don’t come.”

The alleged incident occurred just two nights after the band returned from a concert in Bakersfield, California, the same week they returned with the new single “This Is Why” and shared details about the sixth album of the same name, which is due out in January 2023.

At this show, the band performed “Misery Business” for the first time in four years after vocalist Hayley Williams had previously publicly announced that the controversial track had been excluded from her band’s live performances amid ongoing controversy over whether its message was “anti-feminist.” . This was due to one particular line in the second verse: “Once a whore, you’re nothing more, I’m sorry that this will never change.”

In the middle of a performance at their recent show, Williams addressed the crowd, saying, “Four years ago we said we would give up this song for a while, and I think technically we did!

“But what we didn’t know was that about five minutes after I was canceled for saying the word “whore” in a song, the whole TikTok decided that everything was fine. Make sense…”

She continued, “I remember a time when we had MySpace and we were still a very small band. We were really small. We didn’t even release this song, and we noticed that the kids call themselves “Parawhores”. We’re like, “Ugh, that’s weird!” But I think what I’m trying to say is that it’s a word, and if you’re cool, you won’t call a woman a whore, because that’s bullshit.

“We can all learn from ourselves, right? Just for the record, 90 percent of you called yourselves whores tonight. That’s all I want to say— I’m not going to preach about it. I just want to thank you for being nostalgic about it, because it’s one of the coolest moments of our show, and it’s really nice to feel that there’s a reason to bring it back in a positive way.”

Paramore’s intimate comeback tour will continue tomorrow evening (October 6) in Omaha, the walk will last until mid-November. The band is already hinting at a UK tour.

For a full list of tour dates, including recently added concerts in New York and Los Angeles, see below.