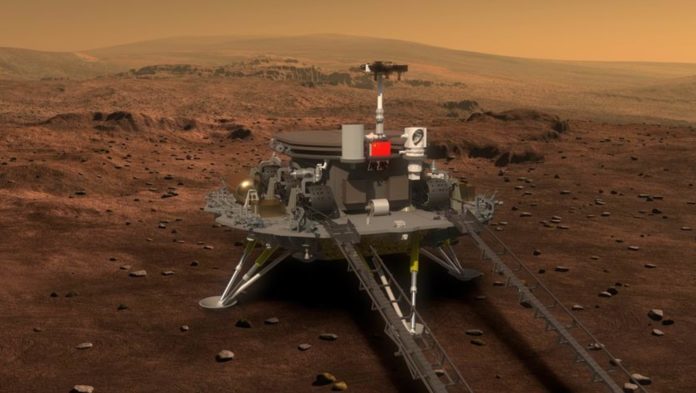 Scientists are working on small vehicles called “nanocardboard”, which may be an alternative to NASA’s Mars Helicopter. These small vehicles floating in the air like paper can fly without the need for any parts.

NASA plans to launch the new Mars rover Perseverance and a helicopter that will fly over the planet for exploration this summer. However, researchers are designing much more ambitious aircraft for exploration on Mars before launch.

Researchers from the University of Pennsylvania are trying to design aircraft that can more effectively observe and study Mars’ surface. The team showed the capabilities of the ‘nanocardboard’ tools available on Mars in a new study. Vehicles weighing a third of a milligram each can stand in the air without the need for wings or propellers.

New vehicle developed is less risky than Mars Helicopter
“The Mars Helicopter is a very exciting and complex machine. But if something goes wrong, your experiment will end, because there is no way to fix it. We propose a completely different approach with less risk.” says.

The tools developed by Bargatin and his team are a “nanocardboard” plate inspired by the corrugations of the paper cardboard. Nanocardboard plates are made of nanometer-thick hollow aluminum oxide, which contains micro channels that can hold them without breaking. The ducts create a temperature change that pushes air through the hollow plates and allows it to flow.

Nanocardboards can also be used on our planet
The new flight method can be advantageous on Mars because the planet’s thin atmosphere and weak gravity allow the plates to carry more weight and travel longer distances than Earth. The researchers tested nanocardboard instruments with loads made of silicone rings in a Mars-like low-pressure test chamber in a lab environment. You can watch the image of the test done here.

Bargatin also stated that they are working to develop new, smaller chemical sensors that can collect important data and detect substances such as methane and water on other planets. He also suggested that these small aircraft could be used to study the Earth’s atmosphere, especially the mesosphere.