Home Entertainment Paper Heroes Launches The Tragedy Of The Ghost Of Sparta, A God... 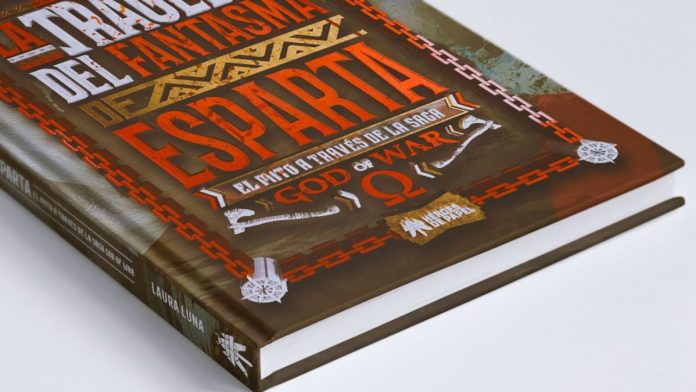 God Of War: The volume includes an exclusive interview with the original creator of the series, as well as a complete review of the entire series. The Spanish publisher Héroes de Papel has announced that the book The Tragedy of the Ghost of Sparta: The Myth Through the God of War Saga has already been put on sale. It is an essay that analyzes the mythological and cultural references of the saga developed by Sony Santa Monica Studio and starring Kratos.

The book can be purchased both on the Héroes de Papel website and in stores and supermarkets, although if you buy it directly from the publisher you will receive a bookmark and an exclusive sheet. In addition to the standard edition (19.95 euros), God of War followers will have the opportunity to get a special, limited and numbered edition (29.95 euros), which is only for sale on the Heroes page of paper. Includes the following:

God of War: Ragnarok, the next in the saga

The history of God of War has been developed in Classical Greece throughout almost all of its installments. However, Sony Santa Monica decided to change its scene and modify some aspects of its video game. With Cory Barlog at the helm, the title resurfaced on PlayStation 4 with a more adventure-oriented playable system and a Nordic setting. Kratos’ journey will continue in God of War: Ragnarok, a direct sequel to this game.

Kratos and his son Atreus face new conflicts. They will not do it only on PS5, as it is an intergenerational title. Of the announced titles from PlayStation Studios, this is one with no release date yet.