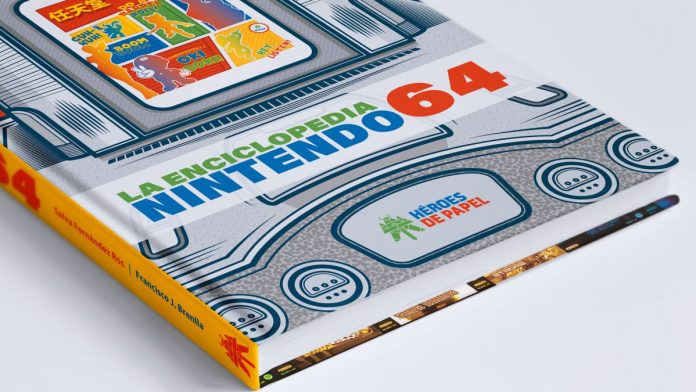 Nintendo 64: The volume reviews the most important video games in the wide catalog of the console through more than 250 reviews. The Spanish publisher Héroes de Papel has announced the launch of a new book on videogames. It is The Nintendo 64 Encyclopedia, a volume prepared by our colleagues Salva Fernández and Fran J. Brenlla (Franchuzas). Taking advantage of the 25th anniversary of the machine, the volume displays an exhaustive review of this important stage of video games, when the definitive leap from 2D to 3D took place.

Its objective, they explain in a press release, “is not only to delve into the creation and trajectory of the console”, but “to treat in detail the almost 250 games that were published for it in Spain”, without forgetting those North American and Japanese productions that were not published in Europe. To develop the book, the authors have replayed all these video games.

Beyond games, what topics are covered in the book?

The Nintendo 64 Encyclopedia describes the reception of the system in the market in the market and the press, the technical characteristics, the different peripherals and the productions that ended up canceled and in a drawer. As if that were not enough, the book outlines the internal vision of Nintendo Iberica, since it presents an exclusive interview on “how the key moments of the console were lived in Spain”, the competition that Sony and its PlayStation for Nintendo represented or the decision not to translate The Legend of Zelda: Ocarina of Time into Spanish. Instead, this classic came with a little book of translations.

The normal edition (24.95 euros), published in color and in hardcover, can be purchased in stores, department stores and through the Heroes de Papel website. Those who opt for this last option will receive an exclusive bookmark and a set of cards with illustrations of the great Nintendo 64 games throughout their history. The special edition (29.95 euros), limited and numbered, includes all this:

Jackson Wang Triumphs And Is In The Top 10 Of Celebrities...

BTS: Butter is About To Hit All Time High on Billboard