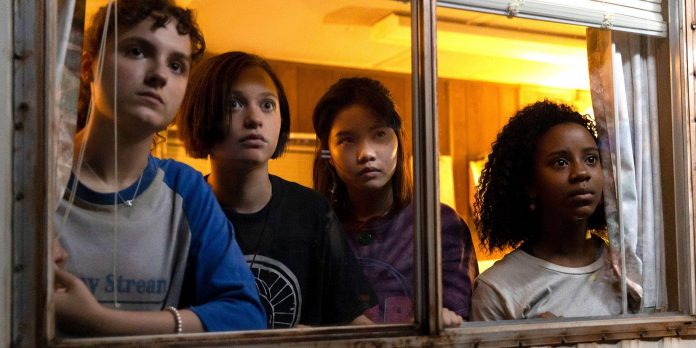 This summer, the science fiction series “Paper Girls” debuts on Prime Video. The TV adaptation of the famous comic by Brian K. Vaughan was created by Legendary Television and Toy Story 4 co-writer Stephanie Folsom, who left the show in the summer of 2021. Girls from Ohio who inexplicably find themselves embroiled in a war between two evil groups of time travelers on the morning after Halloween.

Legendary now announces the official release date and the first exclusive images from the show. The tweet says: “The wait is OVER! Here’s your first look at Legendary Television’s next sci-fi adventure series [Paper Girls], which will be released on July 29 on [Prime Video].” Whether fans will be able to enjoy the season this weekend is unclear, as the studio does not provide a schedule of episodes. However, they shared eight promotional shots that give an idea of the Paper Girls squad and one of their future colleagues. Take a look at the images below:

Two of the images depict Ali Wong as an adult Erin, including one where she talks to her younger self, played by relative newcomer Riley Lai Nelet. Getting attention is crucial as the central element of the comic revolves around girls who face their future selves and struggle with what they learn about the ways of their lives. Other images depict girls from 1988 in action, including a shot of them running in blood, indicating that “Paper Girls” will remain fairly faithful to the more mature themes of Vaughan’s work.

The premiere of Paper Girls will take place on July 29 on Prime Video.