Home Entertainment Pamela Anderson Talks About How She Is “Sick” of The TV Show... 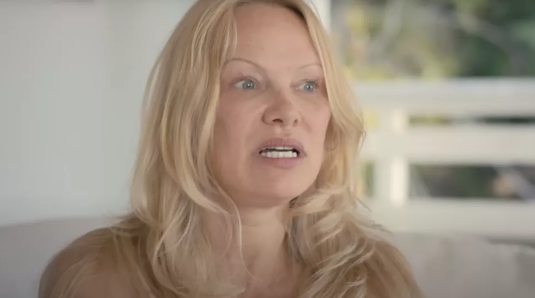 While Pamela Anderson is well known for many things, such as being one of the most recognizable cast members of the Malibu Lifeguards and her many appearances in Playboy, her marriage to Mötley Crüe drummer Tommy Lee became a very unwanted claim to fame when their home videos were stolen. and released as a sex video. The actress/model has clearly stated over the past few years how this incident negatively affected her, and even refused to participate in the creation of the series “Pam and Tommy”, which details this case. Now the star talks about how she was “sick” of the show.

What did Pamela Anderson say about Pam and Tommy making her sick?

Despite the fact that the V.I.P. star and her ex-husband refused to give their permission for the show, which debuted for those who have a Hulu subscription in early February 2022, or even participate in its creation, it’s all it caused a lot of positive reactions. from the audience and critics. The series has already received a number of award nominations, winning an Emmy Award for the makeover that turned Lily James and Sebastian Stan into Anderson and Lee.

But the ’90s icon is now bringing her story back, and in the upcoming Netflix documentary “Pamela, a Love Story” (which Stan seems interested in watching) (via Entertainment Tonight) talked about how the show made her feel, saying :

It really gives me nightmares. I have no desire to watch it. I’ve never watched the recording, I’ll never watch it… They should have had my permission… no one really knows what we were going through at the time… I excluded it from my life. I had to in order to survive, really. It was a survival mechanism. And now, when it all comes up again, I feel sick… My stomach feels like it’s just been hit right now. I don’t feel good right now.

According to those who were behind the creation of this crime series, the goal has always been to show how the couple became a victim of crime, and to tell viewers about how Anderson, in particular, repeatedly became a victim due to theft and distribution of footage. But seeing how she didn’t want to participate in a fictional story, it made many people wonder if it really did more harm than good, since her friend Courtney Love denied the production the right to use her image. And, if we take into account Anderson’s comments in the new documentary, it is difficult to say that the intended goal was achieved.

The “Home Improvement” actress, who also explained that she and the musician were never going to shoot a sex video, noting that the people who stole and sold their footage, “found all the naked bodies they could on different Hi8 cassettes, and put them together, memoirs are also coming out “With Love, Pamela”, where she claimed that Tim Allen flashed her on the set. So it seems pretty obvious that Anderson is no longer letting others decide how to view her life.

How to unlock Gazimon in Digimon Survive