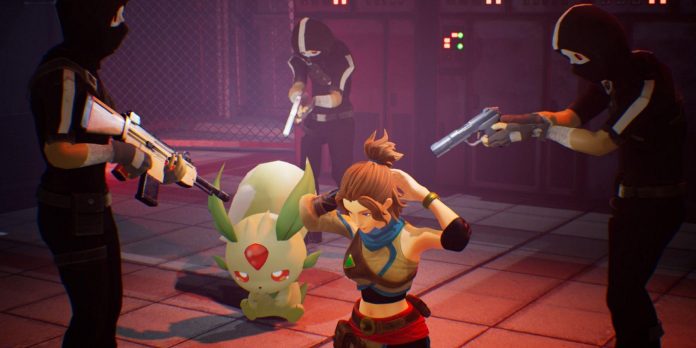 As announced at the Tokyo Game Show 2022 event, the Pokemon Palworld clone will appear on Xbox consoles as well as on PC. Palworld is a pretty unique twist on the Pokemon formula, incorporating open—world survival game mechanics and more adult-oriented content. Since its introduction last year, it has attracted attention, although until recently it was confirmed that Palworld will be released on PC only through Steam.

The latest trailer for Palworld was accompanied by news that the game is also in development for Xbox One and Xbox Series X, and the console version will be released in 2023 along with the release for PC. Unfortunately for those who prefer PlayStation and Nintendo consoles, Palworld has not yet been announced for these platforms.

The new Palworld trailer shows off Pokemon’s gaming equivalent, Pals, and how players can interact with them. Buddies can be used as mounts to explore the game world, and they can also be used in battles. Players quickly remember why the game is called “Pokemon with Weapons”, because at some point you can see how one of the friends is armed with a machine gun. But while fighting will certainly play an important role in Palworld, creatures can be used for other purposes as well.

The trailer demonstrates some other gameplay features that Palworld players can expect next year, such as using creatures to grow crops and build structures. They can also be used for transportation purposes. In the latest trailer for Palworld, players can see a massive whale-like buddy that flew through the sky, while some wolf-like buddies are used as sled dogs to move through snowy terrain.

What is perhaps most striking about this new Palworld trailer is the impressive graphics. Anyone who has not been thrilled with the graphics of the Pokemon franchise in recent years should not complain about Palworld, as the developers have clearly put a lot of effort into making the game have high-quality visual effects. Of course, it’s always possible that there will be some hidden graphical problems in the game that haven’t shown up yet, so fans will have to play the game themselves to see how things turn out.

However, based on what has been shown so far, Palworld looks like it will be one of the best Pokemon clones on the market. With his weapons, farming features and survival game mechanics, he certainly does a lot to make a name for himself, and not just be another Pokemon clone. Additional information about Palworld should appear a few months before its possible release next year.

Palworld is coming out in 2023 for PC, Xbox One and Xbox Series X.