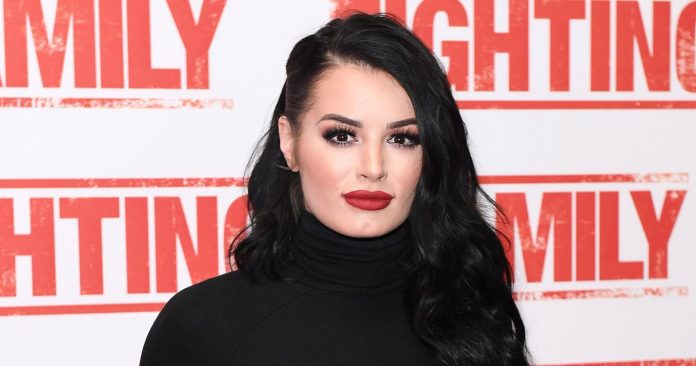 It’s time to say goodbye. Paige is leaving WWE after more than a decade of working for the wrestling brand.

WWE kids! Athletes who have created families over the years

“July 7 will be the last day in WWE,” the 29—year-old Total Divas graduate shared on Twitter on Friday, June 10. “I am so grateful and appreciate the opportunities the company has given me.”

She continued: “I will always be grateful to the company that accepted an 18-year-old British pale emo girl who didn’t look like an ordinary diva, giving me the chance of a lifetime and making me feel like a superstar. ”

Known for her dark hair and skin, the star (Saraya’s real name is Jade Bevis) took her stage name from the character Rose McGowan from Charmed. She made her debut in the ring at the age of 13 in her native England and signed a contract with WWE in 2011. The Kabuki Warriors manager competed with Florida Championship Wrestling and NXT before entering the WWE stage for the first time in 2014.

Her debut match was the Divas Championship, and at 21 she became the youngest winner in history. However, neck injuries curtailed her career. For the first time, she took a break and underwent surgery in 2016. She returned to the ring the following year, but after an injury to an already weakened neck in a match with Sasha Banks in December 2017, her career in the ring ended. Paige officially retired in April 2018 and became the general manager of SmackDown. Since then, she has worked in various screen roles outside the ring, and her life story inspired the creation of the film “Fighting with My Family”, where she was played by Florence Pugh.

“I know that after a neck injury deprived me of my status in the ring, it was quite difficult to hold me for as long as you did, and I’m grateful for that too,” the Twitch gamer wrote in her farewell note. on Friday. “Thanks to the WWE Universe. You guys are the most passionate group of fans I’ve ever seen. I hope you will continue to walk with me on this journey.”

Paige said that the most difficult part of her life after WWE will take place under her real nickname. “I think the most difficult thing, oddly enough, is to abandon the name of Paige! But Saraya is a damn pretty name. Thanks to my mom for that,” she added.

Despite her retirement and impending retirement from WWE, Paige has left fans with some hope that she may return. “For your information, I’m not saying I’ll never be in the ring,” she assured subscribers. “This day will definitely come again! Wherever it comes back.

The English athlete was inundated with reviews from colleagues via Instagram. WWE superstar Mandy Rose wrote: “I love you, @realpaigewwe, thank you for everything you have done for this business and for me personally. You always took care of me, and it was a great honor for me to go full circle with you from being tough enough to absolution. You are amazing and will always inspire so many people.”

The Famous McMahon Family of WWE: A Guide to Vince, Stephanie, Triple H and others

Sonia Deville of WWE Raw shared her Instagram Story post, adding, “Truly one of the coolest things I’ve done as a WWE superstar was Absolution. Thank you @realpaigewwe for making it so memorable and starting our WWE career in such a painful way. You’re so talented, and I can’t wait to see what you’re going to do next, whatever it is. I know you’ll take them by storm.

Fellow Total Divas alumnus CJ Perry added in her tribute: “I love you so much. Thank you for everything you taught me in wrestling. Thank you for breaking glass ceilings for women and inspiring the next generation of people to pursue their dreams, no matter what gender race or sexual orientation they are. ❤️ Forever. #Thank you Page.”