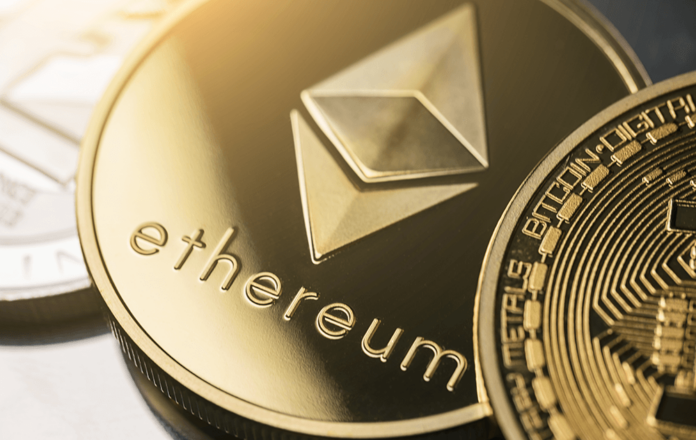 An NFT collector offered 22 Ethereum (ETH) at auction for a pair of sneakers. The collector named WhaleShark paid more than $ 13,000 at the time of sale, and got a pair of digital sneakers and a real copy that will be sent in the following days. Well, what is the feature of this 13 thousand dollar sneakers?

As the crypto art and NFT industry continues to evolve, the limits of creativity are also being challenged. A collector named WhaleShark paid 22 Ethereum (ETH) at the time of sale for NFT artwork sneaker, with a total value exceeding $ 13,300.

Known as WhaleShark, the collector is known as one of the largest art and NDT collectors in the industry. So when WhaleShark got interested in this shoe, everyone in the bidding pool was locked in on his offer. WhaleShark told Coindesk that when he came across these NFT shoes online, he wanted to have them.

“I wanted to hang this on a wall in my office or put it on my digital display”
For the 22 ETH WhaleShark paid for, only digitally didn’t get this shoe. At the same time, this shoe will be actually produced in a complete copy of the work and delivered to WahleShark at the beginning of 2021.

What is the feature of this 13 thousand dollar sneakers?

Inspired by Nike’s Dunk High, the shoe named “The X Evolutions” was created by a shoe studio called RTFKT, which is very popular on Instagram. The most important feature of The X Evolutions shoe was that it was a flat white shoe at the beginning of the auction initiated by RTFKT, while brush strokes were applied on the shoe with the increase in ETH bids.

WhaleShark said in a statement that one of the main reasons for bidding was that he wanted to see how the design would change. On November 19, when the auction started, all the participants saw was a plain white sneakers. As the offers exceeded a certain amount of ETH, the design began to change and colorful brush strokes appeared on the digital shoe.

Nobody could see the final version

RTFKT announced that the auction would take 10 days and the shoe would be sold to the highest ETH bidder after 10 days. It was planned to change the shoe design in 10 stages with the offers given. The final version of the shoe in the 10th stage was targeted when reaching 58 ETH. But when the shoes became WhaleShark with 22 ETH, the design remained in its 6th phase. Nobody could know what the shoe would look like if the offer had found 58 Ether.

According to a statement made by RTFKT co-founder and CEO Steven Vasilev, this study, which they normally believe they can find 58 ETH, remained at 22 ETH due to bad timing. Stating that it was not a really good time for us, Vasilev said that as the price of Ethereum increased, people started to hesitate to bid.

“We saw that the bids really slowed down with Bitcoin booming and the subsequent ETH climbing.”

It Turned Out That Facebook’s Daesh and Al Qaeda Linked Pages...