Home Entertainment Paget Brewster talks about the possible return of the second season of... 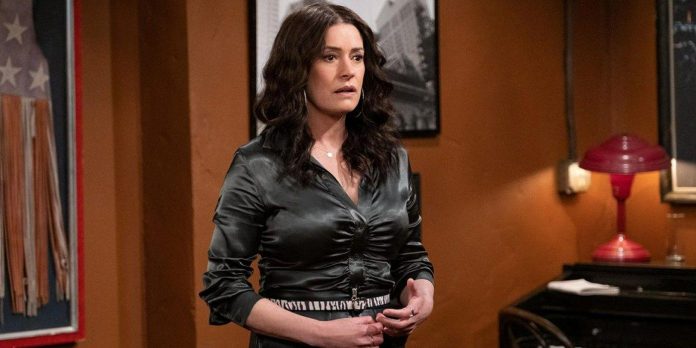 Paget Brewster talks about her potential return in the 2nd season of the TV series “How I Met Your Father” (HIMYF). It is a by-product of the popular CBS sitcom How I Met Your Mother (HIMYM), nine seasons of which aired from 2005 to 2014. The Father began streaming on Hulu in January 2022. The new show has the same universe as the original, and also uses the same framing technique in which the future middle-aged Sophie (Kim Cattrall) tells her son about the romantic and comedic misadventures of her youth (Hilary Duff) these days. In addition to Cattrall and Duff, “How I Met Your Father” also starred Christopher Lowell, Francia Raisa, Suraj Sharma, Tom Ainslie and Tien Tran among the main cast, and several guest stars appeared during the first season.

Despite the fact that Hulu quickly released a major update of HIMYF for the second season, the audience of the series, as a rule, was divided. The main stars did show charming performances that were appreciated by both critics and fans, but other than that, the show didn’t change the formula of the original sitcom much; rather, it brazenly sought to capitalize on nostalgia for its predecessor. Despite all the criticism, HIMYF managed to squeeze a few star guests into its rookie season. Some of them were from famous HIMYM veterans, such as Cobie Smulders, Kyle McLachlan and Laura Bell Bundy, and others – one-time episodic episodes – from famous stars such as Dan Bukatinsky and Michael Barbaro. Although it seemed at the time that the guests from season 1 would no longer appear in the series, it now seems that one actor in particular may reprise his role in season 2 of How I Met Your Father.

In a new interview with Decider, Brewster reveals promising information about his potential return in the 2nd season of the series “How I Met Your Father.” the opportunity to play this character again, as she really enjoyed this experience for the first time. However, she does not give official confirmation of her return. Read what she says below:

Fans first met Laurie Brewster when she appeared in the 5th episode of the TV series “How I Met Your Father” “The Good Mom”. Mischievous, reckless and flirtatious, Laurie is Sophie’s mother and a model who has spent most of her life moving from one man to another, oblivious to her child’s needs. Every time Laurie broke up, Sophie took a step forward and became an adult in the relationship, comforting her mother and picking up the pieces. In the first season of HIMYF, Sophie reunites with Lori, hoping that she has grown as a person, but she is stunned when she realizes that Lori’s boyfriends have never been a problem – instead, her mother’s erratic behavior explained why none of her relationships lasted. . Afterwards, Sophie confronts Laurie and they share a moment, and even though her mother is still in a mess, Sophie decides to put herself first this time and heads to a game night she’s been invited to.

Although “How I Met Your Father” did resolve the long-standing tension between Sophie and Laurie during the first season, the series approached their relationship in such a way that they are still ripe for new stories in the future. Brewster’s interest in reprising her role as Laurie is an intriguing prospect as it allows HIMYF to explore more of Sophie’s family connections, including possibly her father’s identity. However, the show needs to remember that it doesn’t just keep beating Laurie’s levity, otherwise her arc will become repetitive and turn off fans. Having worked on sitcoms such as Friends and Community, Brewster brought considerable comedic authenticity to the game, so it would be a missed opportunity if her talents were not used in season 2 of How I Met Your Father. With good writing, Laurie’s presence can positively influence storylines in the second season, adding a special flavor to the show that wasn’t there before.

Deathstroke in Batman: Arkham Origins Doesn’t Deserve to Be Hated

House Of The Dead: Remake Arrives On April 7; Check Out...