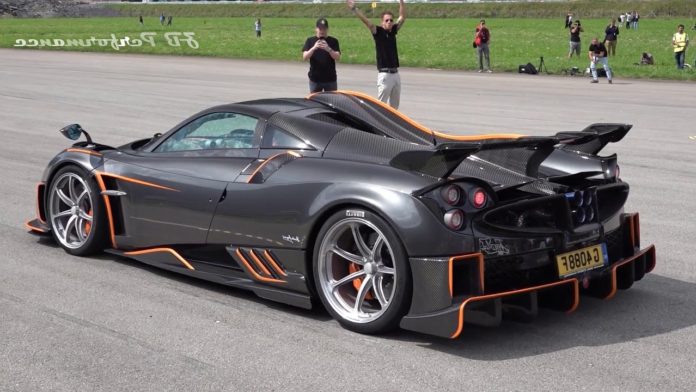 Pagani Huayra Imola is one of the rarest hyper cars in the world. Italian sports car manufacturer Pagani has detailed the features of Imola, which has superior performance and aerodynamics.

Pagani produced only 5 of the Imola model that the Huayra series launched as a hyper car. Pagani Huayra Imola appeared for the first time with the first car surrendered to its owner in September last year, and after that all cars produced were sold. The technical specifications of the car have not been known since then, but Pagani eventually detailed this particular model.

Pagani Huayra Imola, named after the Autodromo Internazionale Enzo e Dino Ferrari track from Imola, Italy, represents an ultra rare variant. Pagani China explained the technical specifications of the car, along with the official images of one of the remaining four cars, and the mystery over Pagani Huayra Imola has been removed.

The Pagani Huayra Imola features a twin-turbo 6.0-liter V12 engine developed exclusively by Mercedes-AMG for Pagani. This engine produces 827 horsepower and 1,100 Nm of torque. Huayra Imola is stronger than the configuration used for Huayra BC Roadster; because there are 36 horsepower and 50 Nm torque difference between them.

In addition to the powered engine of the Mercedes-AMG, Huayra Imola also has high aerodynamics. The diffuser on the back looks more aggressive than on the normal Huayra BC. There is also a huge wing on the back of the car. There are also more air ducts at the back. On the ceiling, there is an air inlet located in Zonda.

No information has been released about the price of Pagani Huayra Imola, but if we consider that Huayra BC was priced at $ 2.5 million when it was released in 2016, we can easily say that Imola is a more expensive model. It may even be more expensive than the $ 3.5 million Huayra Roadster BC.

Galaxy F62 will be revealed soon with Exynos 9825 chip