Home Entertainment Pack Your Wallet: GTA: The Trilogy Could Cost Over $ 70 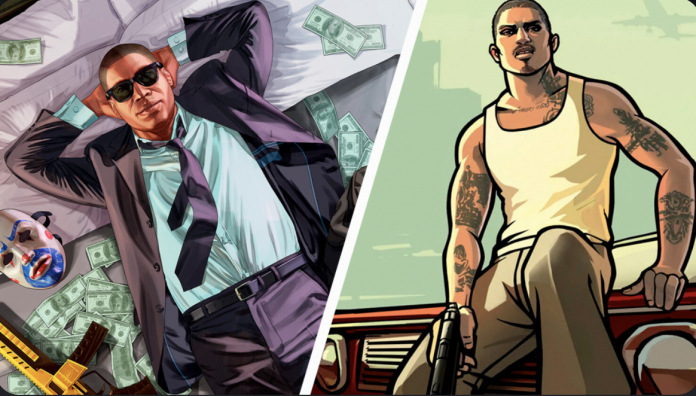 A game to return to Vice City and San Andreas
Rockstar Games recently confirmed that they will be releasing a collection called GTA: The Trilogy – The Definitive Edition. It will feature remastered versions of Grand Theft Auto III, Vice City, and San Andreas. Although an exact departure date was not given, the official Rockstar website confirmed that it will arrive this year.

The revelation generated some mixed opinions. While some were excited about the collection, others received the news angrily, preferring something new from GTA VI. If some were bothered by the announcement of the collection, we can imagine how they will get when knowing its possible price.

GTA: the Trilogy could be a somewhat expensive collection

Following the announcement of GTA: The Trilogy, the Retailer Base site was the first to open pre-sales for the collection. While the versions for Nintendo Switch, PS4 and Xbox One are priced at 65 euros, those for PS5 and Xbox Series X / S will cost 76.85 euros, about $ 1,900 Mexican pesos. This would make it quite an expensive compilation.

Usually, these types of collections come out at a lower price than a new game. When they don’t, they tend to be highly criticized, as was the case with Super Mario 3D All-Stars, which caused a stir in the networks for launching at $ 60. Will we have the same answer with GTA: The Trilogy?

These amounts seem to be in line with the ideas of Take-Two Interactive, owners of Rockstar Games. In the past, the head of the company, Strauss Zelnick, has defended the price of $ 70 dollars or euros in the games of the new generation, as he argues that on those consoles you get a totally different experience.

At the moment no official price has been revealed by Rockstar Games or other sellers, so it is not certain that players will have to pay this figure. Maybe this site wanted to take advantage of the hype for GTA: The Trilogy to make an extra profit. If it turns out that this will be its value, will you buy this collection?

How does Pokémon Snap on NSO Compare to the Original N64...