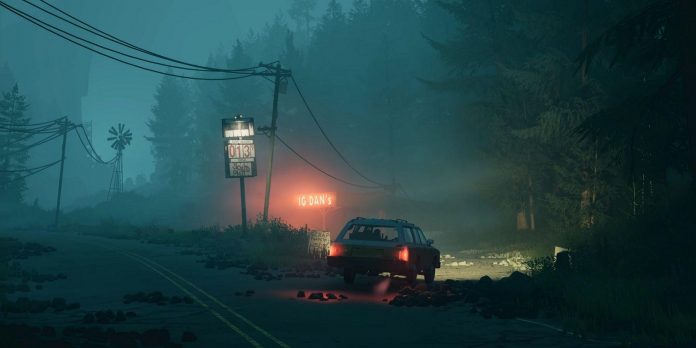 Sony is using its State of Play event in September 2022 to announce Pacific Drive, a horror survival game that is being developed for the PS5 with a planned release in 2023. Pacific Drive is being developed by Ironwood Studios, a Seattle, Washington-based studio made up of developers who have previously worked on everything from the Call of Duty franchise to Sly Cooper and Nintendo’s The Legend of Zelda: Breath of the Wild.

Pacific Drive is the first Ironwood game, and Sony, which decided to demonstrate it at the State of Play in September 2022, indicates that the company is confident in this project. Described as a first-person survival game, Pacific Drive players explore the Olympic exclusion Zone. In the world of Pacific Drive, the Olympic Exclusion Zone is a part of the Pacific Northwest that was invaded by the United States and fenced off by a wall after government experiments caused “severe radiation, environmental collapse and supernatural horrors.”

The player character in Pacific Drive manages to get behind the walls and start exploring the area to find out if there is truth in the creepy legends surrounding it. Players can upgrade and repair their car using the tools they mine on their travels, although the roads change every time they go outside, like in a roguelike game.

The Pacific Drive trailer shown on State of Play showcases these various gameplay elements as the player character references a map at his home base and departs in his station wagon. Along the way, they come into contact with all the bizarre phenomena, including dangerous storms, mysterious green slime rising from the sidewalk, flying beetle-like creatures, unnatural-looking lightning and much more. The trailer ends with the player flipping their car, presumably putting an end to their current race.

Pacific Drive is far from the loudest game that was shown on the latest PlayStation State of Play. After all, the show featured hits such as “The Legacy of Hogwarts” and the big PlayStation holiday exclusive “God of War Ragnarok”. Despite this, Pacific Drive managed to attract attention thanks to its unique design and creepy atmosphere. It will definitely be interesting to see if Ironwood can live up to expectations when the game is released for PlayStation 5 next year. The team members have a track record of creating great games, so we can assume that the odds are in favor of Ironwood.

Pacific Drive is in development for the PS5.

F1 22: The best car setup for racing in Japan (Suzuka)

Rayman is the Perfect DLC Character for Mario + Rabbids Sparks...