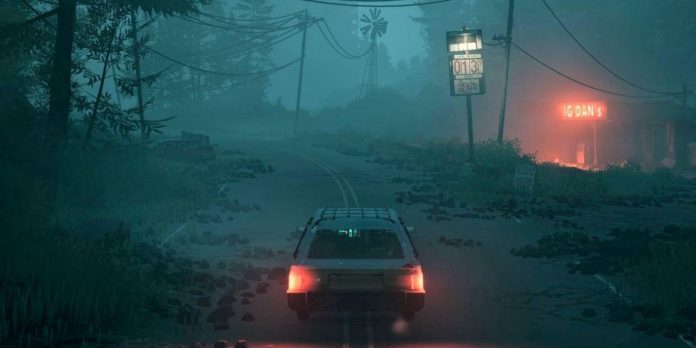 Pacific Drive presented at Sony’s State of Play conference in September 2022, is an upcoming survival game being developed by Ironwood Studios, scheduled for release in 2023. In this first-person survival racing game, a darker look at the classic subgenre of car travel awaits you.

Ironwood Studios, founded in 2019, consists of a team of developers who have worked on various well-known games, such as the Call of Duty franchise, Sly Cooper, BioShock Infinite and others. Pacific Drive is the first game released by a Seattle studio, and its announcement at a well—known Sony event is a great opportunity for the development team.

Various ways to use the Road Trip subgenre in games

Road trips have been a tool to help tell stories and create themes for several generations of games and game consoles. One of the first examples of this is the 1995 LucasArts game Full Throttle, a third-person point-and-click adventure game. The road trip aspect was used as a means of transporting the main character, Ben, the leader of a motorcycle gang called “Ferrets”, from point A to point B. However, it also contributed to the game’s narrative by forcing the player to chase antagonist Adrian Ripburger (voiced by Mark Hamill) to clear the ferrets’ name after they were accused of killing Ripburger’s boss.

Another prime example was 2007’s Half-Life 2: Episode Two, in which large parts of the game featured the vehicle used to transport Alix and Gordon to the Black Mesa team’s base, the White Forest. Despite being a linear style game like its predecessor, the inclusion of a vehicle in Episode Two allowed players to feel that they had much more choice when deciding whether to stop and explore the vast landscape, and the scenes in the vehicle evoked more emotions. to the history.

The last game that used road trip was Final Fantasy 15. Noctis and his three friends drive in a shiny convertible between destinations across an exciting and grandiose landscape, allowing the player to witness the growing brotherhood between the characters. Various adventures, from riding a chocobo together or fishing in lakes to camping with friends or playing Justice Monsters Five pinball machines together, cross-country travel with Noctis’ closest friends was one of the most attractive examples of the subgenre.

A unique twist of Pacific Drive on a road trip

In this new Sony game, the Olympic Peninsula was a testing ground for the United States military, where they experimented with new utopian technologies. Instead, a dystopia was created, full of strong radiation, ecological collapse and supernatural horrors, which led to the creation of the Olympic Exclusion Zone, an area shrouded in secrets. The main character decides to explore the perimeter of the Olympic Exclusion Zone, but finds himself trapped inside it, and the only way out is to pass. Having stumbled upon a station wagon, the character uses it to get to an abandoned car shop in the Zone, making it an operational base. This auto repair shop is used to upgrade and repair your station wagon in between research and survival in the Zone.

Guardians Of The Galaxy Was Going To Have Multiplayer, Finally Canceled