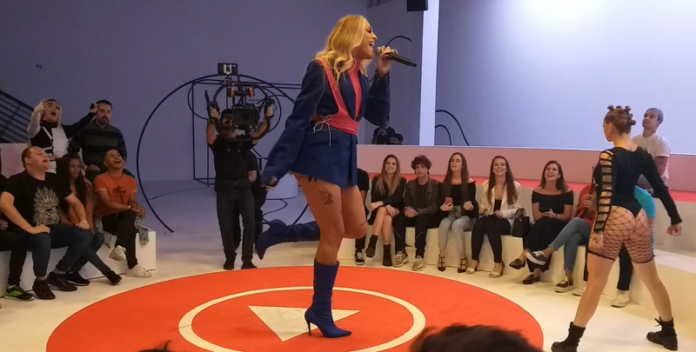 Pabllo Vittar was the first artist to record YouTube Music’s new audiovisual series, YouTube Music Invites. In a Sao Paulo studio, Pabllo performed the new songs from the first part of the album “111” to a select audience of influencers, journalists and fans.

On a round, centralized Greek theater-style stage, Pabllo started YouTube Music Invites with a performance of “Flash Pose,” a single released in July this year in partnership with Charli XCX and which was also performed by her at EMA 2019. Following this, the drag queen answered a number of questions from influencers about her new age, new music, and the future of her career.

Pabllo confessed that “Amor de Que” is his favorite song from the first part of the new album. Regarding the track “Ponte Perra”, always very humorous, she joked that she learned Spanish with the group RBD and the soap opera Rebelde: “I really appreciate the Elite Way School,” she said, eliciting laughter from all the audience. The singer also let slip that the second part of the album “111” will have about eight or nine songs and confirmed that there will be more tracks in Spanish.

Cha Eun Woo, her story before she was a K-Pop star