Since last year, Huawei’s smartphone division has not performed the way it did. The reason is clear: the sanctions imposed by the Donald Trump administration on the Chinese prevented it not only from working with Google services, but also several other manufacturers in its production chain.

It is not by chance that the launch of the P40 Pro did not have much impact. The top of the line, however, has respectable configurations that include the Kirin 990 chip, 8 GB of RAM, and internal storage with UFS 3.0 technology, as well as four rear cameras, including a 50 MP main lens with optical image stabilization. 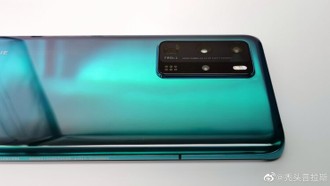 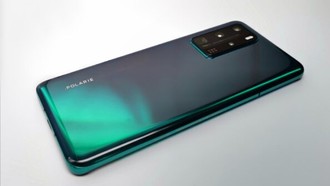 Weibo, a Chinese social network, published a P40 Pro in Aurora Green. With a bluish-green effect with a mirror effect, the model draws attention for its beauty, and brings some Easter eggs from Frozen, by Disney. Remember that the codename of the P40 Pro during the development phase was “Elsa”.

10 differences from The Boys: Homelander from the comic

9 electric and hybrid SUVs to arrive in 2021

Gargle May Prevent the Spread of COVID-19

See meaning and how technology works on mobile

Tells you if the McDonalds ice cream machine is broken

How to connect Spotify to Google Maps to see GPS route...