Home Entertainment Ozzy Osbourne Says He Has Changed His Mind About Returning to The... 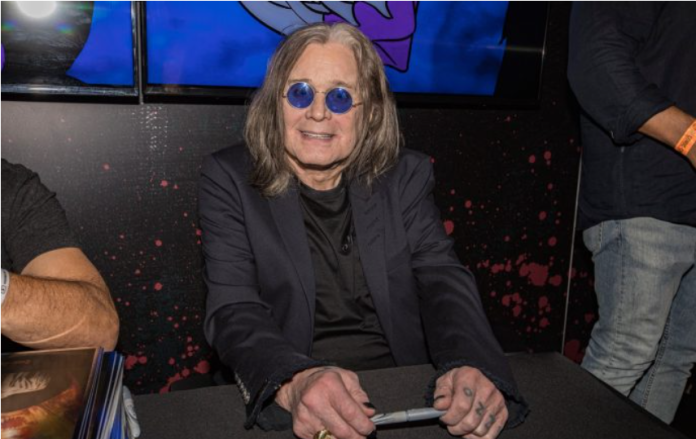 Ozzy Osbourne has said he is reconsidering moving him and his wife Sharon to the UK from Los Angeles, saying he would rather “stay in America.”

The couple, who have lived in Los Angeles for more than 25 years, plan to start a new life in Buckinghamshire early next year. Ozzy and Sharon will document their return to England for a new reality show on the BBC.

In the summer, the former Black Sabbath frontman explained that the reason for the planned move was the relative number of mass shootings in the United States. “Everything is fucking funny here,” he said. “I’m fed up with people being killed every day.”

The singer continued: “I don’t want to die in America. I don’t want to be buried in fucking Forest Lawn [the famous Los Angeles celebrity cemetery]. I am English. I want to go back… it’s time for me to go home.”

The decision was also made against the backdrop of a number of ongoing health problems with Ozzy. Earlier this year, Sharon got a new role by presenting her own show The Talk on London’s TalkTV channel.

During a new interview with Consequence, the Prince of Darkness said that he had changed his mind about returning to the UK forever. “To be honest, if I wanted to, I would have stayed in America,” he told the publication. “I’m an American now.”

Ozzy went on to say that Sharon’s racist scandal and subsequent departure from CBS The Talk last year led to the couple feeling unsafe in the US.

“When my wife was called a racist in [The Talk], she is absolutely not a racist,” he said. “Her friend is Piers Morgan [who made ambiguous comments about Meghan Markle]. She didn’t say: “I agree with him.” She just respected his ability to have freedom of speech.

“That’s all she said. And because of that, she got a lot of criticism, so we really had to have a damn armed guard and all that.”

Meanwhile, Sharon told Consequence that Los Angeles was “paradise” when she first moved there, but reiterated that the couple “no longer feels safe here.”

“It’s not interesting anymore. He didn’t go sideways, he went down,” she said. “It’s not the most fun place to live. It’s dangerous here. There is crime in every big city, but I don’t feel safe here. Just like Ozzy.”

However, her husband backed up his initial comment: “To be honest, I don’t want to go back [to the UK]. To hell with it.”

Bungie Explains Why He Accepted The Purchase Of Sony: Future Plans...