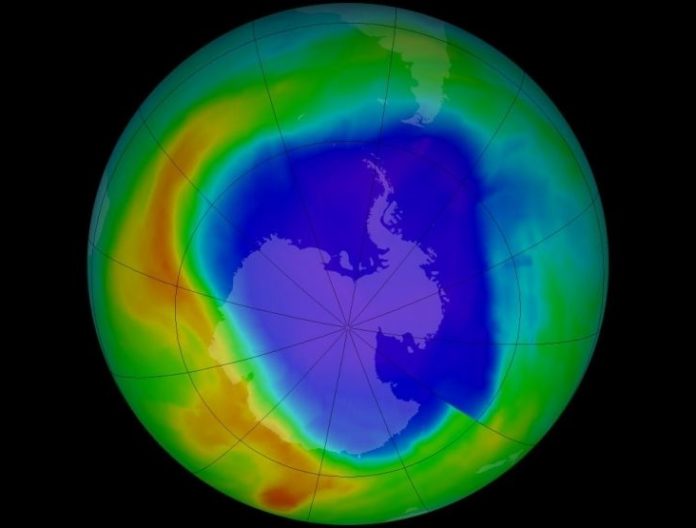 The ozone hole is formed above Antarctica, surrounded by huge oceans every year. However, an extraordinary opening in the ozone layer was observed during the observations made this year through the Arctic. Scientists have announced that they have recorded a strong decrease in the ozone hole on the Arctic.

In a statement made by the European Space Agency (ESA), it was reported that the ozone holes formed every year on the Arctic will close by mid-April. It was also noted that the size of the hole this year has never been seen before. A new statement came from ESA.

Unusual atmospheric conditions, including freezing temperatures in the stratosphere, caused ozone levels to drop and as a result a ‘mini hole’ in the ozone layer. Using data from the Copernicus Sentinel-5P satellite, scientists realized that ozone concentrations in the Arctic were strongly reduced.

Ozone hole closes again:
As we know, the Ozone layer is known as a natural, shielded gas layer that protects life on earth from the harmful ultraviolet radiation of the Sun. Harmful ultraviolet radiation causes problems with skin cancer and cataracts and other environmental issues. Scientists from the German Aviation and Space Center (DLR) have noticed unusually strong ozone consumption in the arctic regions in the past weeks.

In the past, small ozone holes were detected from time to time on the North Pole. However, the depletion at the Arctic this year is much larger than in previous years. The European Space Agency made the following statement on the website: “Since March 14, the ozone column on the Arctic has been shrinking to a size considered to be the normal ozone hole. We expect the hole to close again in mid-April. ”

The ozone hole will close again in mid-April:
“This is small compared to the Antarctic hole, which can reach a size of 20 to 25 million square kilometers, the normal duration of which is about 3-4 months,” DLR’s Diego Loyola said that the ozone hole they observed on the Arctic this year achieved a maximum of less than 1 million square kilometers. ” he spoke. Although there are ozone losses in both poles in the winter months, the depletion of the ozone layer in the Arctic tends to be significantly less than in Antarctica.

Arctic temperatures are generally not as low as in Antarctica. However, this year, the strong winds flowing around the North Pole trapped cold air in what is known as the ‘polar vortex’. On the other hand, Diego Loyola reported that since March 14, the ozone columns at the Arctic have dropped to normal ozone hole levels.

The Closest Black Hole to the World Ever Observed

NASA Shares an Important Feature of the 100 Times Powerful WFIRST...