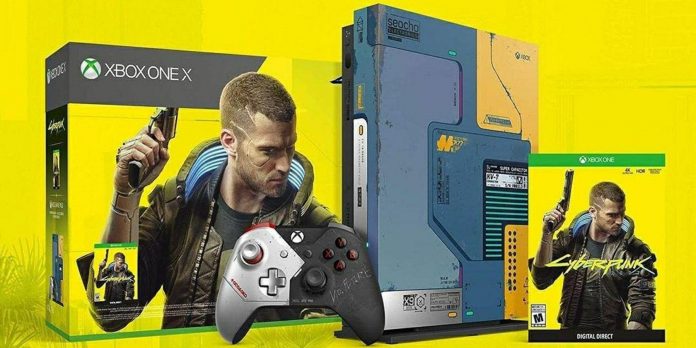 The Cyberpunk 2077 Xbox One X special edition was sold out of pre-orders in June 2020. This was when the launch of Cyberpunk 2077 was still expected in September 2020, before it was delayed until December of the same year. The console was still coming out on schedule, so buyers bought their prize on Cyberpunk 2077 even before they found out about the problems with the game. Now CD Projekt Red fans, who are ready to spend hundreds of dollars even before the launch of the game, miss the first addition to the game.

Two years after the launch, the first expansion of Cyberpunk 2077 Phantom of Liberty was announced. A voucher for this DLC was included with the purchase of Cyberpunk 2077 Xbox One X, but too much has changed since then. CD Projekt Red has announced that Phantom of Liberty will only be available for next-generation PCs and consoles. It won’t be released for Xbox One at all, so CD Projekt Red is going to partially refund the money instead.

However, buyers of Cyberpunk 2077 Xbox One X will not receive a refund. Instead, they will receive refunds through Microsoft Store credits. This may disappoint some, since there is no guarantee that those who purchased Cyberpunk 2077 Xbox One X are still playing on Xbox consoles. Nevertheless, CD Projekt Red decided so. More details on how buyers can get a refund will be published later.

This is obviously not an optimal solution, but otherwise it is unavoidable at the moment. CD Projekt Red probably didn’t expect the launch of Cyberpunk 2077 to be so difficult. It was probably planned to release Phantom of Liberty in 2021, and more DLC is coming soon. CD Projekt Red also had to redirect resources to its next game, rather than leave them on Cyberpunk 2077. Xbox One X support will only drag the developer into a protracted project.

About 45,000 people who bought Cyberpunk 2077 Xbox One X have every right to be disappointed with the situation, since CD Projekt Red stops supporting this platform. Unfortunately, there is little way out of the situation. They just need to go ahead with the realization that CD Projekt Red has not met their expectations, and that pre-orders can be a punishment.