Home Entertainment Overwatch Confirms The Arrival of Cross-Play, How Will It Work? 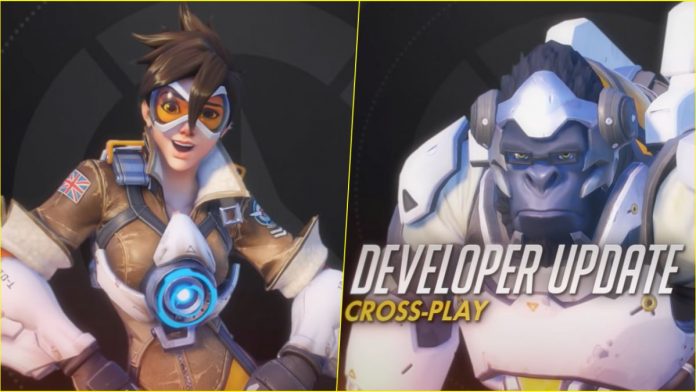 Overwatch: Blizzard confirms that cross-play will finally come to Overwatch, it will do so before its sequel is released, and it will apply to all versions of the game.Blizzard Entertainment has announced that Overwatch will receive an update to support cross-play in the near future. Users of PlayStation 4, PS5, Xbox One, Xbox Series X | S, Nintendo Switch and PC will share servers in online multiplayer games and it will be enabled by default in all game modes, the company has indicated on the occasion of the announcement.

According to the information, once the Overwatch crossover update is available, console users (Xbox, PlayStation, Nintendo Switch) will have to link their account to Battle.net, Blizzard’s infrastructure; or create a new account if you do not have one if you want to enjoy this new feature.

Overwatch crossover play will be enabled by default; it will be possible to disable it

Although this new console matchmaking setting will be enabled by default, console players will be able to disable it; not so on PC. Another important aspect is that in competitive modes, users will be divided between console and PC, thus facilitating that computer users, who generally play with keyboard and mouse, do not coincide in online games when they are competitive.

Finally, Blizzard indicates that regardless of the game platform, everyone who logs into Overwatch once when crossover play arrives will receive a gold loot box with rewards.

Those who play on Xbox Series X | S consoles, Microsoft’s next-generation machines, can now make use of the optimized option with up to 120 FPS and 1440p resolution.

Overwatch 2 will resize its teams to 5v5

Overwatch 2 is the next fan date with the saga. The title is still in development and, as indicated last May, the PvP (player versus player) mode will change the size of your teams from six to five, thus leaving a 5v5 structure in play. Overwatch 2 has no confirmed release date; What is certain is that it will not be released in 2021. It will soon arrive at