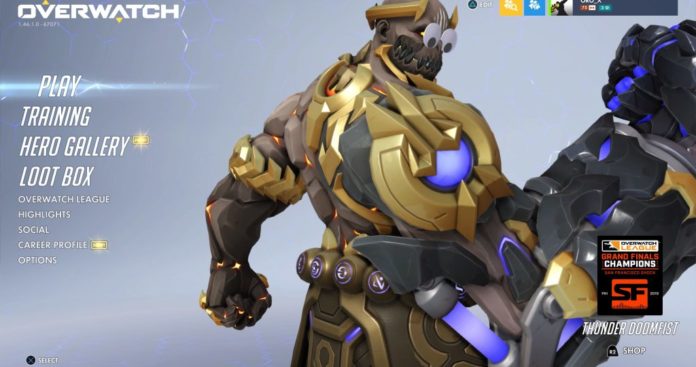 Blizzard’s popular first-person game, Overwatch, added funny-looking eyes to the characters in the game as the April 1st joke. Especially, it is fun to see characters with no eyes wandering around with big eyes.

Overwatch developers are known for bringing humorous, temporary updates to the game to celebrate April 1, and that didn’t change in 2020. With the update, funny eyes have been added to the characters in the game.

Googly eyes were placed in many places, including the main menu and Hero Gallery, on Overwatch. Seeing other characters that have funny eyes during matches also changes the mood of the players in the match.

As you can see in the image above, huge eyes were placed even in heroes like Torbjorn and Ana with only one eye or no eyes. Especially the addition of an eye to the robot character Bastion was a separate irony.

Eyes were added not only to Overwatch heroes, but also to some character abilities, such as Torbjorn’s turret. As you can see below, Hanzo’s dragons reveal a funny image as they go over their opponent with huge eyes.

In fact, adding eyes to all the different forms of the characters would have been more suitable for the joke. If you haven’t seen the eyes yet, let’s point out that the joke will stay in the game for a few more days. You can also see the new versions of the characters in the video below.

VIXX’s Hongbin Announces His Departure From The Group

Mars, Jupiter and Saturn will parade with the Moon this week

Google Pixel 5 Will Not Contain A Flagship Processor

Dark Mode is Coming to Desktop Version of WhatsApp

Great success for the sale of Redmi K30 Ultra