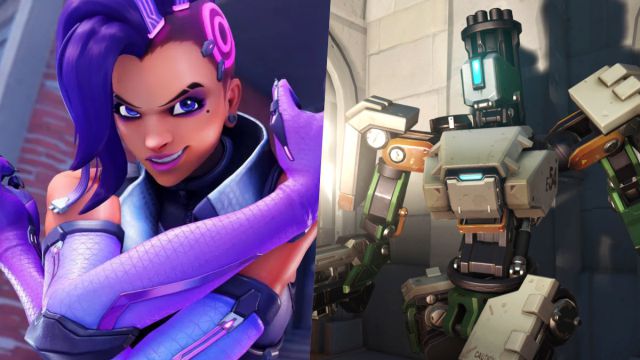 Overwatch 2: The Blizzard Entertainment title doesn’t have a release date yet, but we’ll see Sombra and Bastion in action soon. More than a month ago, in Activision Blizzard’s financial report, it was revealed that Overwatch 2 had reached “an important internal goal”, of which they expected to share more information in the near future. The new installment of the company’s multiplayer title has been relatively silent, but will soon break it to announce some interesting news. This has been confirmed by Blizzard itself through the video game’s Twitter account, where it has promised information about Sombra and Bastion.

The news will be revealed during the Overwatch League Grand Final. They will introduce both characters and show the new look of Bastion, which they have advanced in the same tweet. When exactly? Next September 25.

Group up with the Overwatch team on September 25 as we reveal new Overwatch 2 updates live during the @OverwatchLeague Grand Finals.

The game will also be released on Nintendo Switch, although technical director John Lafluer recently acknowledged that there will be graphic sacrifices in this version, as they have improved the graphics engine for the more powerful machines. Regardless, they are “working hard” to ensure that the game takes advantage of the hardware of each of the systems that it comes out on. “Switch is somewhat more challenging, so we will have to make certain sacrifices here. For this reason, some visual enhancements may not be noticeable ”on this platform.

Overwatch 2 continues in development for PC, PS4, PS5, Xbox One, Xbox Series X, Xbox Series S, and Nintendo Switch. The title does not yet have a release date, so we will have to wait for possible new information updates.

Meanwhile, Blizzard Entertainment faces a difficult situation, as cases of alleged workplace and sexual harassment have hit the company directly. In fact, its until now president J. Allen Brack has already left office. Some developers of the Diablo IV team were also fired, after the State of California filed a complaint that was later expanded. They accuse Activision Blizzard of hindering the investigation for the alleged destruction and concealment of evidence.

The 90-day Groom: the reasons why Biniyam is a worse partner...

300: Warner Refused Zack Snyder’s Script For The Third Film In...