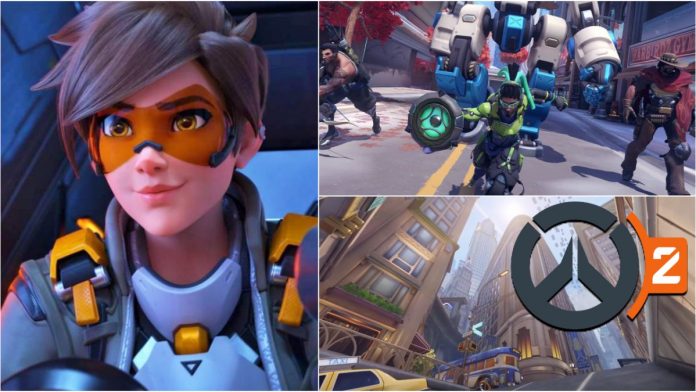 Overwatch 2: Blizzard Entertainment reduces the number of members on its hero shooter teams from six to five; explain the structure and reason for the change.Blizzard Entertainment has confirmed that Overwatch 2‘s PvP (player versus player) mode will change the size of its teams from six to five, thus leaving a 5v5 structure in play. The North American company has confirmed the news during the streaming broadcast at dawn this Friday and has taken the opportunity to justify a reduction that has caught fans by surprise. To show how the field materializes in the middle of the game, they have shown the first official gameplay of the game.

“There are many reasons we wanted to make this change,” says Aaron Keller, Overwatch director after Jeff Kaplan’s departure, of the five-player teams. According to him, he explains, in Overwatch games “a lot happens” and they have always tried to make the combat system “easy to interpret and understandable.” However, with six players there were more obstacles to achieving this than with five. “Sometimes it is too difficult to keep track of what the other eleven participants are doing.”

Now two components are removed from the equation; one for each team. The structure and strategy, meanwhile, also changes.

When Overwatch 2 is released, teams will consist of one tank (previously two), two support heroes, and two damage heroes. Therefore, that single tank will assume a slightly more offensive role, as its role will be more prominent in battle and it will also be more necessary to protect it in it. Soon we will know the changes in the controls and abilities scheme of each of the heroes of the title; including Reinhardt or Winston.

Finally, new details of the scenarios have also transpired. Overwatch 2 will have maps more adapted to current times. According to Blizzard, we will now have more coverage options. To prove it, it will be enough to play in the new locations based in territories such as New York, Monte Carlo, Toronto, Rome, India, Rio de Janeiro and Gothenburg.

Overwatch 2 does not have a release date; the only certainty is that it will not be released in 2021. Its premiere will occur on PS4, Xbox One, Nintendo Switch and PC consoles.

Ryan Reynolds Would Like To Date These “dreamy” Brothers If He...

Bonus Brother Jonas Talks about an Awkward Thanksgiving Due to the...