Home Entertainment Overwatch 2 will have 3 new heroes at launch, new heroes will... 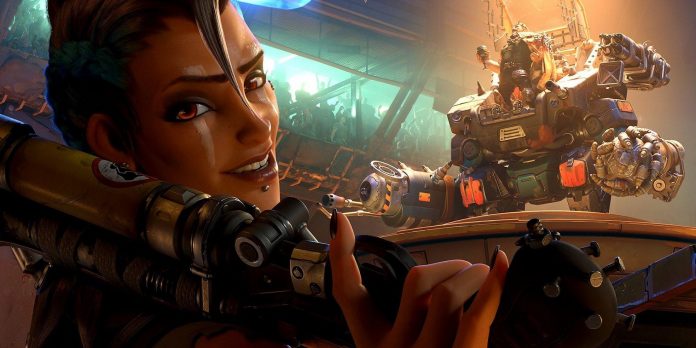 Overwatch fans have been struggling with the drought for the past few years. New content updates have slowed down significantly since the popular Blizzard shooter was at the peak of its popularity, and the team focused their efforts on creating Overwatch 2. Now that Overwatch 2 is nearing release, Blizzard has confirmed its ambitious plans for the game, revealing a roadmap that confirms what fans of new content can expect in the coming months.

The release date for Overwatch 2 in early access is October 4, at which point fans can expect the launch of season 1. In the 1st season of Overwatch 2, everything will start with three new heroes, two of whom have already been revealed. The first new hero is the Damage Sojourn hero, which was first introduced back in 2019 and was featured in the first beta version of Overwatch 2 PvP. The second new hero is the Junker Queen tank hero, first introduced at the Xbox & Bethesda Games Showcase. The third hero will be revealed in the coming months, although we know that it will be a new support hero, and it is believed that it will be a previously leaked hero who has a ghost fox as a pet.

The first season of Overwatch 2 will also feature six new maps, a new Push game mode for PvP, more than 30 new skins and one new Mythic Skin. For the uninitiated: Mythic Skins is a new level of skins in Overwatch 2 with customizable elements. Season 2 will begin on December 6, at which point Overwatch 2 players can count on a new tank hero, a new map, more than 30 skins, another new mythical skin and a new battle pass. After that, Overwatch 2 players can expect a new hero every second season and a new map in between seasons. They teased that two more support heroes and another tank would be added in the first couple of seasons.

Overwatch 2 has big plans for 2023, and while details about what next year will mean for the shooter hero remain mostly vague, Blizzard has teased fans about what they can expect. Overwatch 2 plans for 2023 include more new heroes, more new maps, more new game modes, more than 100 new skins and, of course, the long-awaited launch of the PvE mode. The community has been asking for the Overwatch 2 PvE story mode since the launch of the first game, and they will finally get it next year, although it will be released piecemeal as seasonal content.

Of course, fans don’t have to wait until October 4th to get their hands on the game. The next beta version of Overwatch 2 PvP will take place on June 28.

Overwatch 2 is coming out in early access for PC, PS4, PS5, Xbox One and Xbox Series X on October 4.

The decision of this character that will change his life completely