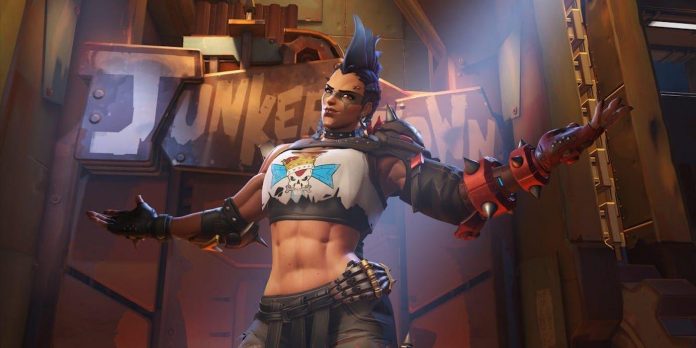 Contrary to previous reports, Blizzard has now stated that Overwatch 2 will completely replace the original Overwatch when it is released on October 4. The 2016 team-based multiplayer shooter took players into the colorful world of heroes and allowed them to choose between a wide range of unique playable characters. Initially, Blizzard stated that Overwatch would be supported after the launch of the sequel, but now the developer says that the release of Overwatch 2 will put an end to support for the first game.

As a continuation of the first team shooter from Blizzard, Overwatch 2 will present players with a lot of new content. When it comes out on October 4, there will be several new heroes in the game, including a Sojourn-class DPS rail gun and a brutal tank named Junker Queen. The first season of the game will also include six new maps that will take players to exotic locations such as New York, Portugal and Rio. Unlike the first part, in Overwatch 2, players will compete in two teams of five people, and not in two teams of six people. Blizzard recently announced that Overwatch 2 will also be free, which means that all fans will be able to experience the second part of the series for free.

Link: Everything that will happen in the first two seasons of Overwatch 2

During a recent Reddit AMA, Overwatch 2 director Aaron Keller announced that Overwatch 2 will completely replace the original Overwatch at launch. When the sequel was originally announced, Blizzard stated that the first game would still be supported, but that plan has apparently changed. Constant support for the original version of Overwatch will cease, and players will have to switch to Overmatch 2 and its new mechanics. However, playing Overwatch 2 for free means that fans won’t have to spend more money to keep playing the team game.

Following the recent Xbox & Bethesda Games Showcase event, a detailed preview of Overwatch 2 revealed more details about the upcoming game and its content roadmap. When it comes out on October 4, the team shooter will include three new heroes, six new maps, a new game mode, a new epoch-making skin and much more. On December 6, the second season will begin, which will bring with it a new tank hero, a new map, more than 30 new skins and much more. Blizzard is expected to support Overwatch 2 in the future, and its free model means any gamer can join the action.

Overwatch 2 has changed dramatically since its announcement: the free live game is now ready to completely replace its predecessor. This means that players have no choice but to accept the sequel’s redesigned characters, mechanical changes, and 5-by-5 format. However, the free Overwatch 2 game means that players who already have Overwatch may not pay the full price for its sequel.

Superman & The second season finale of “Lois” finally explains the...