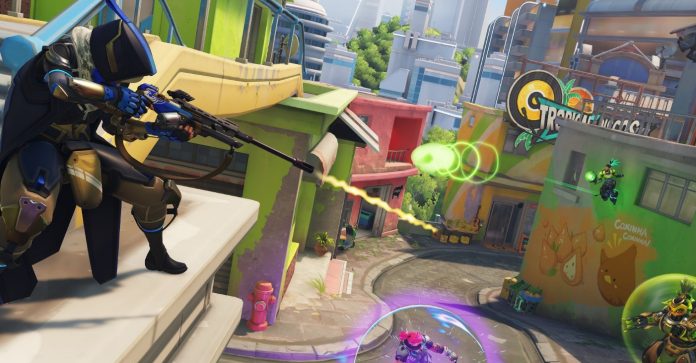 Overwatch 2 is likely to be the most controversial game of the year. The first person shooter (FPS) is excellent, and it’s as much fun as Overwatch used to be, but hasn’t been for years. But it will be the subject of discussion for a while.

Before talking about Overwatch 2, you should also talk about what it is not: This is not the full-featured single-player game that developer Blizzard promised. The campaign mode — the main reason for the creation of Overwatch 2 — has been postponed and will appear next year. Thanks to a number of changes, as well as a significant shift to 5 vs 5 multiplayer matches, this is not Overwatch, but the game it replaces.

I don’t like to talk about legacy in reviews: video games tend to depreciate faster than a new car. The graphics and design philosophy start to age a few months before the game is released, and since the same developers rarely work on every game in the franchise, the success of previous games is not a sign that the future game is worth your time. . However, the release of Overwatch 2 is the death of its predecessor. By the time you read this review, Overwatch will be gone. Instead, Overwatch 2 is a 5—on-5 shooter with lots of big tweaks. You really can’t go home again, and in this case this house has changed to include a shinier color palette and a free-to-play mentality.

I think it’s a vastly improved game that shows Blizzard isn’t afraid to try a few bold changes to reinvent a game that’s still loved by the mainstream audience. It’s a big risk, but it seems to have paid off with a game that recreates the excitement of the early days of Overwatch.

This is very important because despite all the changes, it’s basically the same game. All of your Overwatch cosmetics are present and working here, and although there are a few alterations, most of the heroes and maps are also very similar — albeit with graphic changes. Taken at face value, it can be hard to wonder exactly what the point of the sequel was, because things really do seem so similar.

In fact, take a closer look, and all you’ll see are live service elements clogging up the game and hiding heroes and modes inside the combat pass and grind levels.

But if you actually play Overwatch 2, you’ll see a game that feels inspired and effortlessly delivers pulsating shootouts without making you feel too rough when something turns against you.

The moment-to—moment game is the biggest change in Overwatch 2. One of my biggest criticisms of Overwatch was that it often seemed to me that you didn’t have too much influence on the game unless you were playing with high risk and reward. a character like the Fatal Widow, or you dropped a large ultimatum ability on massive enemies. In Overwatch 2, the switch to 5v5 matches and what seems to be increased lethality across the board has made the fight more brutal, and that means that even heroes who don’t usually do a lot of damage can easily cut out the impact on the enemy team, which will bring you much closer to delivering the payload.

This is a game that you can play with friends, shooting in the breeze and destroying enemies. It’s also a game that you can dive into with a dedicated group of players, playing ranked matches in pursuit of even higher competitive ranks. What you get from Overwatch 2 really depends on what you want to put into it. During the review stage, I accidentally played with other journalists, and also participated in a running duel with the healing and sniper Ana from the opposing team, who was determined to turn me off. They won. Consistently. But this ability to involve you in these little rivalries without any negative effects is what Overwatch has always done well, and here it is alive and well. Winning seems fine, whereas losing often makes me shrug my shoulders and get on with my life, because actually playing the game seems really solid.

How Cyberpunk Edge runners improves the image of the Night City...