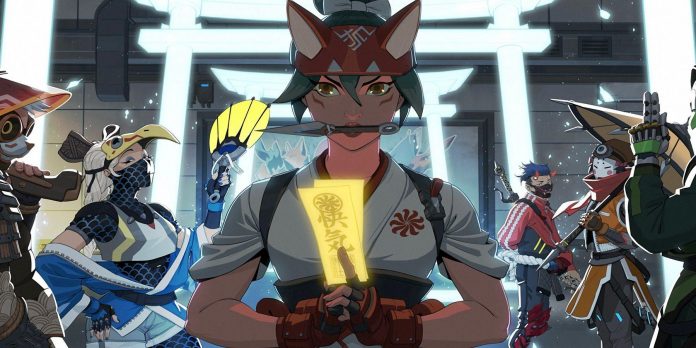 Overwatch 2 has released a new video for the new support hero Kiriko, which shows what inspired her skills and connection with the fox spirit. The trailer for Kiriko Origin Story shows how she was raised and what inspires her to become a hero for those who can’t fight for themselves.

A short video with the hero’s origin story released for Kiriko shows how she adopts techniques and morals from her family members. Between her grandmother’s connection to the Fox Spirit, which the developers of Overwatch 2 demonstrated in the run-up to her disclosure, and her mother’s choice to train with the Shimada clan, Kiriko split between two ideologies to find her role in the tradition. defending your city.

Kiriko was taught by both members of her family when she was growing up, and shows how she uses each of their teachings to become herself. Unlike the Shimada brothers, there is no hint of an internal struggle or discord between mother and grandmother when she grows up and chooses her own path. Ofuda’s healing and Kunai Blades are Kiriko’s main abilities, and fans see her train and use them in the origin story video. It is her training in both of these skills that inspires her to be who she is.

Towards the end of the video, fans see Kiriko as part of a group of colorful characters. They are the Yokai, a group of ninjas about the same age as her, who protect Kanezaku from the Hashimoto clan. The Hashimoto revolted and took control of the city after the fall of the Shimada clan. They also took her father hostage. These events led to Kiriko joining the Youkai and their quest to ensure Kanezaki’s safety. Just as Kiriko represents the Spirit of the Fox, each member of the Yokai embodies an aspect of Japanese culture.

Overwatch fans are now seeing the full reveal of Kiriko’s character after months of leaks and speculation leading up to the release of Overwatch 2 in early access. Although the ways to get Kiriko in the game have been a controversial topic for discussion, her inclusion in the game finally gives players the support of a new hero for the game and is sure to shake up the meta of the gameplay.

It can be said that Kiriko’s style of play and personal mantra correspond to Blizzard’s intentions regarding Overwatch 2. Welcoming the tradition of playing with funny characters that fans will enjoy playing for, and how it will interact with other heroes, as well as combining modernity with faster gameplay. The 5 by 5 style, the free Overwatch 2 model and the combat pass system, as well as a new era in the development of the game.

Overwatch 2 is coming out in early access for PC, PS4, PS5, Switch, Xbox One and Xbox Series X on October 4.

How to unlock the achievement “Quiz King” in AI: The Somnium...