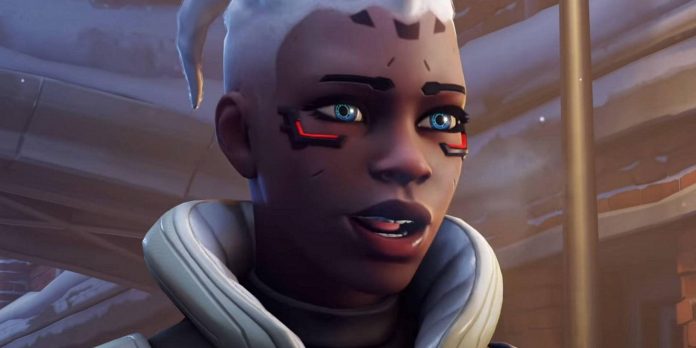 Overwatch 2 will make controversial changes to how players unlock new heroes, as they will now be featured on the free battle Pass track. Overwatch 2, like the previous version of Overwatch, will add new heroes to keep up to date. When Overwatch 2 is released in early access on October 4, fans of the Blizzard shooter can expect three new heroes to join the list: Sojourn damage hero, Junker Queen tank hero and a new support hero who has not yet been introduced in the official description. capacity.

Recently, information about the Overwatch 2 combat pass leaked to the network, which stated that new heroes would need to be unlocked as they passed the combat pass. Some fans were worried that this meant they would have to buy a premium battle pass to unlock new Overwatch 2 heroes, but then Blizzard’s John Spector took to Twitter to clarify some things. According to Spector, new Overwatch 2 heroes will indeed need to be unlocked via a battle pass, but they will be available as part of a free track, not a premium battle pass.

With the exception of Halo Infinite, in the vast majority of games using the Battle Pass system, battle passes and related content are only available for a limited time. If players do not complete a combat pass during the season in which they are available, they will permanently lose access to this content. Understandably, this has caused some Overwatch fans to worry that they might miss out on the opportunity to unlock some of the new Overwatch 2 heroes if they don’t play the game during the launch of their battle pass. Spector responded to one Twitter user who asked about it, saying, “We will have free ways to get new heroes in future seasons as well.” This seems to suggest that new heroes will be regularly available to unlock, regardless of whether someone misses their initial battle pass, but it’s vague enough that some fans still think they’ll potentially miss out on unlocking new heroes if they don’t play the game fully. time.

More details about the Overwatch 2 battle pass will be released in the coming weeks, and since the game is less than a month away from launch, fans should expect more information on this front sooner rather than later. It’s possible that this will cease to be a problem and fans will never be denied access to new heroes, but there are still those who are concerned about players unlocking new heroes at all.

Since the launch of the original Overwatch in 2016, players immediately received new heroes for free. This ensured that everyone always had access to the same pool of Overwatch heroes, which made the games fair. This is especially important for a competitive Overwatch game, as some players who have access to more heroes than others can potentially give this team an unfair advantage. Perhaps Overwatch 2 will somehow avoid this trap, but it’s unclear exactly how. Fans will want to wait for official information about the combat pass and new characters before getting too upset.

Online game restriction has been imposed on underage individuals!