Home Entertainment Overwatch 2 is fast and fun, but it has one serious flaw... 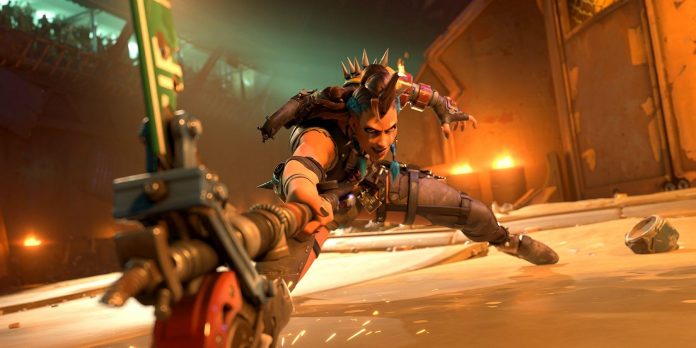 Now that more gamers have been able to take a deep dive into Overwatch 2 and what the sequel will have to offer come launch later this year, the question is how the game stacks up compared to the original. Based on the beta, it seems clear that Overwatch 2 is a faster-paced, more aggressive experience, which may win over new fans while potentially alienating those that prefer the original. Time will tell on that front, but in the meantime, there is one major flaw that Blizzard will need to address at launch: the horrendous matchmaking times.

Overwatch 2’s matchmaking during the PvP beta was abysmal, even worse than it was in the PC beta. Overwatch 2 players wanting to play the Tank or Damage classes can expect to wait a bare minimum of 10 minutes to get into match, and in our testing, sometimes the waits extended to upwards of 20 minutes. Conversely, it was incredibly easy to get into a match as an Overwatch 2 Support hero, which is unsurprising as many don’t want to play the role for a variety of reasons. The other Overwatch 2 classes are simply more fun to play, and in this latest beta, there was no new Support hero to play as.

Tank players had the Junker Queen to play as, while Damage players could try their hand at Sojourn, carried over from the previous beta. Blizzard has confirmed that a new Overwatch 2 Support hero will be in the game at launch, but with no new hero to play as and minimal Support reworks to check out, it’s not surprising that most fans wanted to play as Tanks or Damage heroes. This is unlikely to change, so it’s clear that Blizzard needs to come up with a solution to this problem. Maybe a new Quick Play option could be introduced where players still have to stick with specific roles, but they don’t know the role until they’re put into a game.

Something else that might help is when Overwatch 2 introduces Competitive Play, as that incentivizes players to play Support by giving them priority pass tickets for Tank and Damage. It will also help that Overwatch 2 is launching as a free-to-play game across PC, PlayStation, Xbox, and Nintendo Switch. It will have the maximum audience size possible, whereas this Overwatch 2 beta was not open to the public.

When it comes to the latest Overwatch 2 PvP beta, Blizzard kept things relatively closed off. Blizzard slowly sent out invites to those who signed up, with some fans getting access just a few days ago. There was the option to purchase the Overwatch 2 Watchpoint Pack to get immediate beta access, but it’s unclear how many people purchased it. Considering this, it’s possible that a lack of players played a significant role in Overwatch 2’s PvP beta matchmaking times, so it’s possible the problem will be alleviated when the game launches on October 4.

If Blizzard is able to fix Overwatch 2’s matchmaking problems, then it seems as though the game will be in pretty good shape at launch. The core gameplay is plenty fun and highly polished, as one has come to expect from Overwatch, though solo players may find it less engaging as the original. The original Overwatch, with its bevy of shields and more comparatively easier to kill Tanks, seems better suited to “lone wolf” players who don’t play in groups or utilize voice chat. Conversely, Overwatch 2’s more aggressive play and lack of shields forces players to work together more to succeed.

This is one of the reasons why some aren’t happy about Overwatch 2 completely replacing Overwatch 1 at launch. The games, while they seem very similar on the surface, are actually providing a significantly different experience. It will be a difficult balancing act, but it will be interesting to see if Blizzard is able to not only appeal to newcomers who are interested in the fast-paced gameplay, but also those who have been playing the original Overwatch for years.

Blizzard will undoubtedly rework and tweak heroes in an attempt to achieve this balance, though that has seen mixed results so far. While changes made to Mercy have made her more engaging to play, the recent Moira nerfs have proven controversial. There’s no denying that Moira was an overpowered character that needed to be reeled in a bit, but changing out her Damage Orb for the “Enfeeble Orb” hasn’t sat well with all Moira players. It will be interesting to see how Blizzard continues changing Overwatch 2 heroes to balance them while ensuring that they are still fun to play.

Back 4 Blood Will Require Internet Connection To Work

Explaining the Future of the Joker in DC Movies: Everything We...