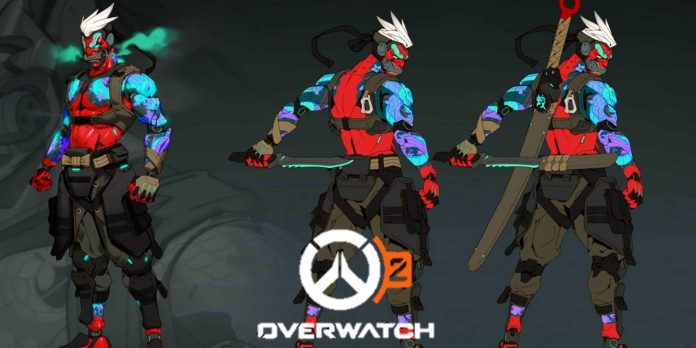 Overwatch 2 is a game that definitely attracts a lot of attention, but maybe not for all the right reasons. Since many fans doubt the need to continue the original game, the new game is under intense pressure to establish its identity and unique gameplay.

While Overwatch 2 tries to do this in different ways, there is one way that attracts the attention of fans. Overwatch 2 will feature a whole new level of high-rarity skins for heroes known as Mythic skins.

The Basics of Overwatch 2

Overwatch 2 is the upcoming sequel to the hugely popular original Overwatch game, which retains the same basic FPS gameplay based on an online team game as its predecessor. Overwatch 2, developed and published by Blizzard Entertainment, is due to launch in early access at the end of June, with a full release scheduled for October 4.

In an attempt to distinguish themselves from the first Overwatch, brand new heroes have been added to the upcoming sequel. Sojourn is supposed to be a damage—based hero, the recently announced Junker Queen is a new tank, and a third, as yet unnamed hero is likely to provide a new support option for fans of the game.

The Overwatch 2 PvP mode should be free, which turned out to be a very popular element of the upcoming game among hopeful fans. While Overwatch 2 also boasts a slew of new maps and new cooperative PvE story missions, Overwatch 2 seems to have a lot to offer, despite concerns that the game will be too similar to the original game. Skins and unlocks from the original have been moved to Overwatch 2, but the introduction of brand new mythical skins offers a completely unique aesthetic customization mechanics for the franchise.

Mythic level skins should become an important part of Overwatch 2 and will be the rarest skins in the game, being higher and possibly even replacing the previous highest rarity of the legendary from the original game. While many of the finer details regarding Mythic skins are still unknown, fans can still get a clear idea of what they will look like.

Of course, aesthetic skins have been an important part of the Overwatch franchise’s identity since its launch in 2016. Considering that over the years, many skins of different rarity have been released for each hero, it becomes clear that something bold and radical is needed. to be done to develop the hype around the skins for Overwatch 2.

It is currently unknown exactly how the player will be able to get the Mythic skin, with loot boxes, direct purchases or trials, which were the previous norm of the franchise to unlock Overwatch skins. However, it is known what the main attraction of mythical skins will be. Mythical skins are unique in that they can be customized, offering players a huge selection of personalization options to manually create a truly unique high-quality skin for their favorite hero.

During the Overwatch Reveal Event, it was confirmed that the popular hero Genji will receive his own mythical skin, and other heroes are expected to follow suit in the near future. In the presented character art for the mythical Genji skin, various variations of his bright color schemes, cosmetic equipment and particle effects were demonstrated. The level of this deep variation seems almost limitless and will undoubtedly become an exciting new aspect of the Overwatch 2 skin system.