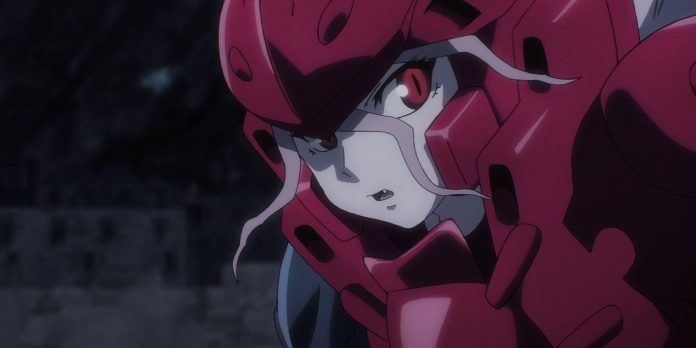 After defeating the warrior king Guo Gin in the battle at the Colosseum, Ainz had to take part in another important journey – a journey to the Dwarf Kingdom. His goal? Get rune-inscribed weapons that only Dwarven runesmiths can make.

After seeing the weapons inscribed with runes in the shop of the merchant Oska in the previous episode, Ainz was surprised to notice runes that did not originate from the meta Yggdrasil, but from the real world. For Ainz, these runes are a possible link to another player trapped in the game, just like himself. However, finding dwarves turns out to be a difficult task.

The episode begins with Demiurge heading to Ainz’s chambers, unaware that His Majesty has left. There he finds Albedo, who has remained to deal with various aspects of the management of the Witchcraft Kingdom. In fact, Demiurge and Albedo are the eyes, ears, hands and will of Ainz while he is absent, and even when Ainz is present, he relies on their competence in governing the country. What, as they say; However, Zirknif’s hasty and frightening proposal to make his Baharut Empire a vassal state of the Witchcraft Kingdom makes Ainz wonder if his trusted subordinates are pulling some strings behind the scenes.

Albedo and Demiurge themselves are not particularly interested in the strange decision of Baharut and Emperor Zirknif; however, their conversation highlights something important: they disagree with Ainz about the common goal of creating a Sorcerous Kingdom and misinterpret his attempts to establish friendly relations with other lands as evidence of his desire for world domination. As the undead lord’s subordinates, the gap obviously lies in the fact that unlike them, Ainz has not always been undead, nor is he a native of this world, not to mention that world domination is not quite the ultimate goal that Ainz dreams of. .

Ainz talks to a Cocyte and Lizardmen — Overlord IV Episode 5

Ainz requests an audience with Cocytus to discuss a trip to the Dwarf Kingdom. The dwarves are secretive, and even Ainz needs help to get to their kingdom. One of the lizardmen led by Cocytus, Zenber, once established a decent relationship with the dwarves after they saved his life, but given Ainz’s identity as an undead, the first assumption is that he intends to invade and enslave the Dwarf Kingdom. However, until now, Ainz’s approach has been to try to establish some kind of friendly connection with the dwarves in order to gain access to their powerful weapons and blacksmithing. Zenber leads them very far into the mountains of Azerlisia on the first day of their journey, and on the morning of the second day Zenber sees the entrance to the Dwarf Kingdom, an unassuming cave.

One of the main elements of this episode is Shalltear, once Ainz’s faithful companion. Succumbing to mind control magic, Shalltear’s status as a Guardian of the Floors was undermined, and she actually fell by the right hand of Ainz Ooal Gown, despite her high combat potential. For Shalltear, returning to her former glory and restoring Ainz’s trust in her is of paramount importance, but only because she still does not realize Ainz’s true motives in his attitude towards her. Striving for the growth of NPCs who have become personalities that now make up his family in Nazarick is Ainz’s goal, and due to the exaltation of the being itself, Ainz’s thoughts and desires, Shalltear does not realize that her position has never been in disrepute.

This particular mission required Shalltear to be there as a fighting force, given that she is, all things considered, Ainz’s strongest subordinate. In an effort to please his master, Shalltear is ordered to accompany him along with Aura as Ainz’s personal bodyguards. For Aura, this interesting new relationship with Shalltear means that he has acquired a new incompetent younger sister, but he doesn’t necessarily hate it. His best advice for Shalltear, who spent time and effort just writing down everything Ainz said, was to look for ways to incorporate His Majesty’s words into her own life.

Are the dwarves gone?!

After spending a whole day on the road, Ainz decides to set up camp. He builds a huge tower, not unlike Nazarick, and everyone is told to relax until the next morning, when Zenber leads them to the entrance to the cave of the Dwarf Kingdom. To avoid a sudden invasion by forces led by the undead, Ainz sends his least intimidating subordinate to establish contact with the dwarves. Aura confidently enters and meets a hard-working dwarf, but the dwarf is caught off guard and tries to use an invisibility cloak to hide his presence.